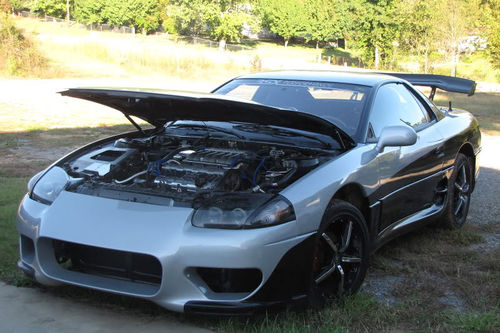 As most of you know my car started out with no trans or engine. And I bought it for $1000.00 dollars. Here it is then: 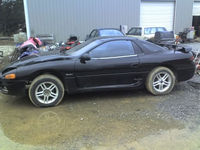 After I bought the car I was in a car wreck that prevented me from doing anything to the car for over a year and a half. I was rear ended by a lady at a stop light she was doing 70 at the time of impact. This is just one image I will post before surgery the rest my wife would have a fit over me posting them. 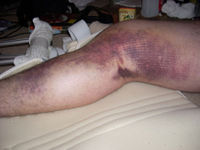 So finally after I was starting to move around more I got to work on the car.

After months of therapy longer than it should have been. But that was my fault I could not stop working on the car. I was able to make it to my first NG09. Wow I never had so much fun with random people I never met. 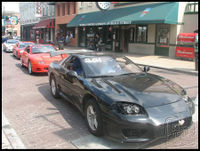 About a month after that I could really start moving around and decide it was time to really put some time and money into her.

More than anything I owe this car to 3si. You guys have helped with this car on many many occasions. And help me keep my sanity while I was laid off in bed. I have met new friends here. And times that can never be replaced.

I would like to give a special thanks to the people that helped me out along the way: Duttch, Stealthee, VR3.9, SLguy, green-lantern, SpyderGirl for the laughs at NG09, Alan and Lori (for the help on getting to NG09 after my GPS went out). LMAO And last but not least kywhitelightning for the ride around Memphis after my car spun a bearing hes a stand up guy.