2008 Ride of the Year 3000GT/Stealth International 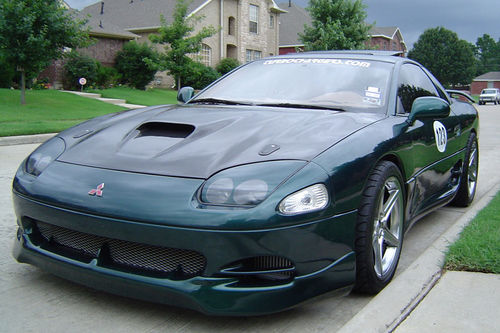 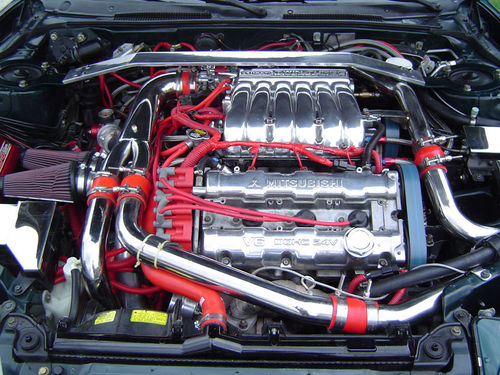 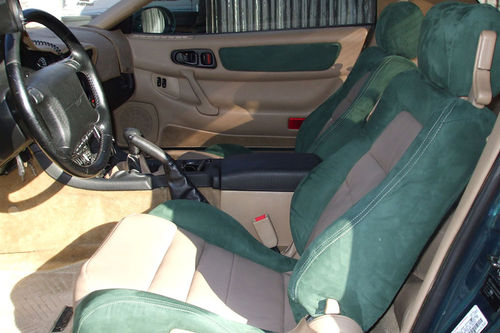 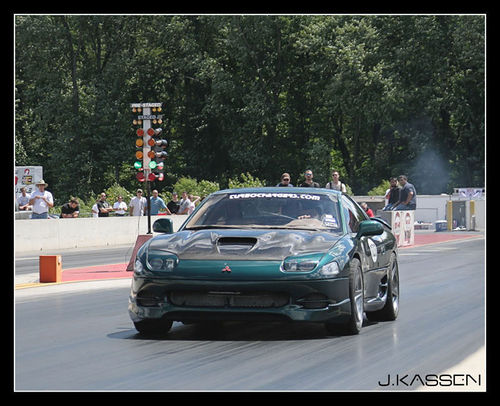 Bought the VR4 locally in Frisco Texas after a year of searching, the car had 78k miles on it and was bone stock and in great shape, the owner said he sold it because his son was turning 16 and he did not want him to have the car so he could kill himself (smart thinking!)-good for me lol. You always wonder why a person sells a car, do they know there is something wrong with it? That thinking process must have jinxed it. The AC compressor went out a few days later, where do you go in a situation like that, the Mitsu dealer and so my wallet was already a $1000 bucks lighter. Great start right! Then replacing two Michelin tires as one had a bubble on it was another $600 and the sunroof had to be repaired, those last two things I knew about when I bought the car. But that was pretty much the beginning of endless pumping of $$$$ into the car.

A few weeks of owner ship I drove home and came across another white VR4 owned by Gordon Totty here in Lewisville my home town, he followed me home and he told me all about all that info out there on the world wide web for these cars specifically 3si.org , oh boy I wish I would have never done that, thanks Gordon! That was the beginning of the end. Now the addiction kicked in. Went to our first meet and met this guy from euless Phil Hosner (show killer) , turned out that he thought he was the duke from euless or something, he drove his car over a curb from one parking lot into another 30 feet thru the air and totaled it, wow these meets are exciting. Then the modding started and it never stopped. When I saw the cars from showkiller and Edgavi, I am like wow that looks cool and its fast. It all started with a K&N FIPK, then the first TX 3S gathering came along and I remember there was a contest , who had the most modifications on their car, and then Phil and Eddie started writing and they never stopped it was one long list. That day I made a vow I need more mods then them together lol. I am getting there for sure!

In the process a few things went wrong of course, which VR4 doesn’t! First I had an oil change done by the local mitsu dealer and the mechanic decided to run the engine without any oil, oopsie!! He actually admitted it and the dealer got me a brand new short block- not a bad deal for a car that had about 90k on it at that time.

The at some point in time I got my new phantoms turbos and unfortunately I hadn’t turned down the boost enough and was not tuned at all and I got challenged by a trans-am on a local highway going to a local 3S meet with my supporting wife behind me, and yup blew up the engine. Things only got worse from there. I asked Nissan next to my work for a favor and they pulled the engine, I had it rebuild by AMS in Fort Worth and it went back in. As the Nissan mechanic was turning the engine over to get the oil flowing throughout the engine, 1) the engine seized 2) the fuel rails were leaking and got into the starter and set the engine bay on fire, yeaks. Finally Nissan came through and paid for the rebuild and free labor to reassemble it again. This process took about 11 months. And it rose from the ashes and made a nice recovery I think. In that process I had a few forced mods installed of course hehe! We love those forced mods lol. It got proven 400 awhp at 14.7psi with a goal of 500awhp. I am proud of the car and hope to have it for a long time to come. I want to thank my wife (SpyderGirl) for all her support and getting just as addicted to 3S as we now together have a 1996 VR4(speed) a 1996 Spyder SL(show) and 1994 NA(daily driving). Special thanks to Phil Hosner (show killer) and Grayson (Grayhaze) and various other people for all the work they have done on my car.