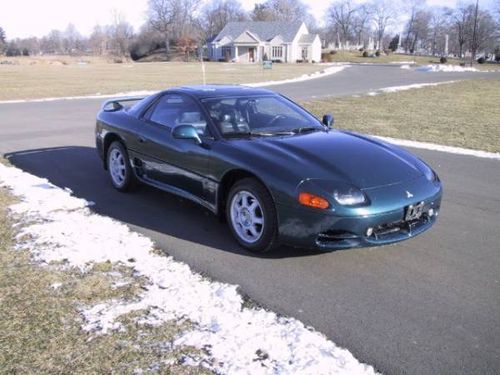 Ride of the Month Submission 3000GT/Stealth International May 2010

It all started...ah, who am I kidding? You don't really give a shit, and my car is just as much of a piece of crap as my opinions are; so this is probably the only time she'll be up for ROTM for a long, long time. (It'll spare you from having to look at my fugly pos) Oh, and vote for "Tool-man"; his car and personality both outclass me. Or vote for "TheOmniscientRT". Anyone but me. Anyhow, I have to make it look like I'm making an attempt with this--so in that light--ON WITH THE MODS!

Since I'm already making you suffer through my abominably painful ROTM submission, I might as well force you to hunt for the "NOW" pics and actually click on links. Yes, that's right, the pictures below are the BEFORE pics. Since I'm limited on total number of pictures, I'll just put these pics up here--including "EPIC ROAD RASH!!!" (We'll see how many people only give this entry a cursory glance, see a stock base, and immediately vote for the competition.) And yes I'm too stupid to figure out how to upload and left/right pictures--so these are just HTML links from the gallery.

Special thanks to Evan (Shooter83) for these awesome threads, all the pics, and vids.

Let's just chalk this up to OPSEC