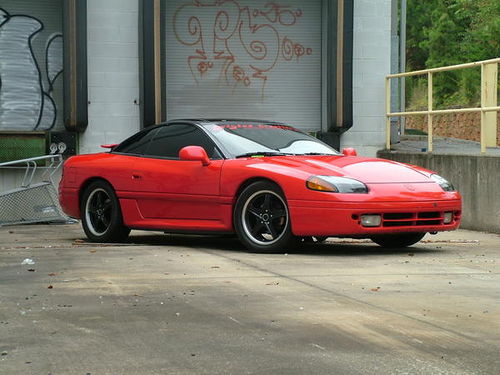 Ride of the Month Submission 3000GT/Stealth International May 2010

Where do do I begin?!? So much has happened its difficult to remember it all. So lets start at the begining. I was born on Apri . . . Just kidding!

The obsession started long before I ever knew it. Many years ago, around '94 or '95, the parents decided to go car shoppping and I was drug along. While cruising through a Dodge stealership I managed to break my stare from the Viper in the showroom long enough to see a seemingly unimportant teal 2nd gen Stealth R/T parked in the lot. All I could see was the backend and it was all I needed to see. At that moment I remember saying to myself "I'm gonna own one of those one day". 10 mins later I had forgotten about the car completely. A couple years later I find myself touring Arlington Cemetry with my scout troop and see the most beautiful cars I had ever laid eyes on. A 2nd bright red 3000GT VR-4. Couple days later I had forgotten about it, lol.

Skip forward a few years and the car bug bites me and I find that my '89 Pontiac Gran Prix just is not enough for my 19 year old right foot. So the search begins. With the first install meant of The Fast and The Furious and a recent trip to the Nopi Nationals fresh in my mind, I want a Supra(lol) or a 3000GT(cause heard they are kinda fast). So we head to the big city and hit the strip to find one! And we look. And we look. And nothing. LOL. Then we hit the gimmicky car lot that you see on TV, you know the one with the old guy in a jumpsuit and fake tan with an old dog and a catch phrase. Yep thats the one. We're dealin'!! Anyway, they happen to have a 1994 Firestorm Red Dodge Stealth SOHC ATX with ugly crome 16" rims (which I thought were cool, lol) and bald tires all the way around. Well I wasn't looking for a Stealth, but I knew they were like a 3000GT so it didn't take much for the Arminain (lol, told you this was a gimmicky lot) sales guy and my mom to talk me into test driving it. That's it, I had to have it, but they were asking $800 more then I had, so they knocked down the price (sucker! me not them, cause I later found out how sorry the SOHC was, lol) The next day I was back with a cashiers check valued at my entire savings and my dad to look the car over. 3 to 4 hours later she was mine and my life would be forever altered.

Less than a month later I found myself here on 3SI and a major buzz kill as I found out how low I was on the bottom of the totem pole of 3S's. Not only did I find out I over paid for a slow car, my username didn't even fit! LOL. Me being the Anticonforminty person that I am said screw you I like my SOHC and started sinking every penny I could into. I didnt know jack about cars but could afford to pay some one to work on my so I started learning fast. The valve stem seals started to go and I was pushed into the first major work. I did a full head rebuild complete with a valve job, port matching, and mild polish. It took me two weeks! But I did by myself and the car ran, and ran good! But I made a rookie mistake as I did it right before driving to Atlanta and didn't top of the coolant properly. Air in the hoses, driving like a fool, and 300 miles from home I blew a headgasket. Rookie mistake number 2 came when I replaced the gasket and didn't resurface the heads, it came back to haunt me. The car 'mysteriously' starts overheating and at random times throughtout the next year, more to come on this later.

In December of '05 the brakes started going out due to a loose brakline rubbing the inside wheel weight. I rear ended a mid '90's Caravan on the way to a meet, bungie-corded the hood and kept on going. A month of searching for a glass headlight yeilded nothing so warmed up the plastic an got the '99's to go with the '99 bumper and Cianci Viper Cowl hood. Since the plastic was warm I decided to melt it and bought some Corbeau CR-1's from IPO who was about to end the year long sale on them.

NG '06 starts looming over me and I have to finish my frontend fixes. And on one of my trips to 3SX to get parts it overheats 20mins from their shop and I keep going. 2 mins from the shop it starts makin a funny noise, a block from the shop the waterpump fails and the engine stalls. I coast to the parking lot with a pushing hand from Eric, Josh, and Daniel. Grabbed a waterpump towed it home and started a 2 week long rampage to get ready for NG. I start it up the day I leave for NG and it runs, so I hit the road at about midnight, 6 hrs late. It takes me about 17 hrs to get to Michigan, instead of 10hrs. Both headgaskets are blown! I compete in all 3 events, taking first in the braket races, throw out my shoulder in the Auto-X (still hurts 2 years later) and change the headgasket on the back bank in the hotel parking lot in 6 hours, should have changed the front one too. Drove it home that way and it only took about 24 hrs. BRG was a month away at this point and I made the stupidest mistake to date. Instead of bumming rides for a week like when I redid the heads I bought a second car to drive while it was down. I drove the Stealth to BRG for one last outing before I tore into it.

She sat untouched for 10 month after BRG. Then I worked like a mad man and built an engine from oilpan to throttlebody and finally got it running the day I leave for NG '07. The car runs beautifully and sounded better than ever. I pack the car and head for Michigan again. 5 miles later, no oil pressure. . . I parked her behind a friends business and swapped cars and left. NG '08 came and went and she still rested behind the building incuring a broken back glass from a drunk at a neighboring hotel.

As I first started writing this(august of 2008) she still sat motionless behind that building. I started typing this when I did because I was unsure of when my paid status would end. It took 6 months for me to get the car up and running and I entered in the March of '09 ROTM. I lost cause everyone thought the car was dead, lol, and I got mad. Oh well. Fast forward to another year later and the car is still running, still has no front end, and still has no interior. 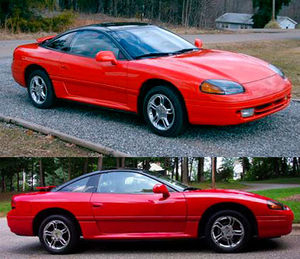 Not yet Installed or Finished[edit]

Looking back over the past 6+ years that I have been apart of the 3S world, I can't help but smile. I have made many good friends, learned many great things, discovered new talents, smilied, cried, bled, cussed, been suprised, and left speechless. I find now that 3SI is not the community it once was and i worry for the future of it, but things are looking up. It makes me wonder what it will be like in the next few years, who will I have to share my joy of these priceless gems we call cars with. Only time will tell. At least there are still places inside 3SI where you can retreat to and hide from some of the idiots and douches. I had been putting this off for about a year because I wanted the car finished first. Now that this is finished and I have flipped through old pictures and reciepts totaling somewhere around $20,000 (not including the price of the car, I know Im crazy), I ask myself has it been woth it???

I apologize for the long-winded submission, but I have always based my ROTM selection on the story of the car, not just how it looks or how fast it goes. I hope I did not bore you into voting for the other guy either, lol, but I'm fine with losing.