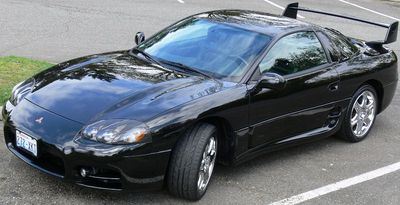 This car differs from the previous years in the following ways:

"In my quest to get collector car plates for my 99 VR4, I received a letter from Mitsubishi stating that 274 99 VR4s were actually imported into the United States. That varies slightly from the 287 found in the CAPS database. But I believe the 274 to be a more accurate number." -- Curt Gendron

Do you currently, or have you ever, owned a 1999 Mitsubishi 3000GT VR-4? If so, then please send us an email at registry@3swiki.org. You can also edit this page yourself by searching for your VIN below and claiming your '99! Latest update: July 17, 2020.