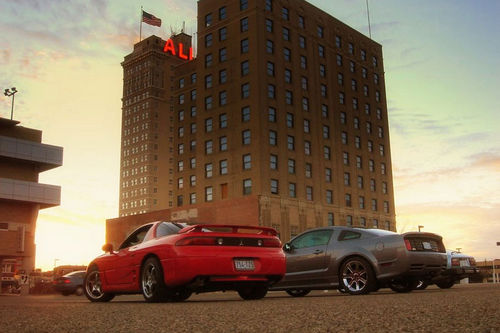 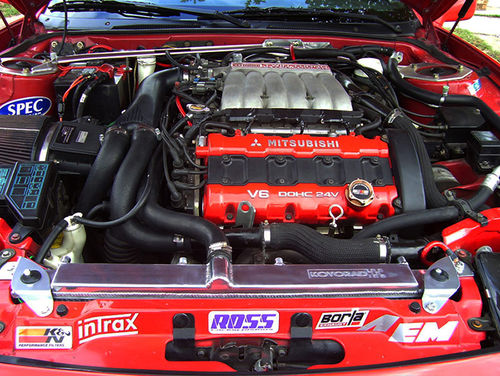 I first got her in November of 1999, I had just turned 18. The 3S had always been a dream car for me ever since I first saw my neighbor's '91 Stealth R/T TT. My car was wrecked and totaled out by her first owner, this was not disclosed when I first bought the car, and actually did not learn about it until after I had the car for a couple of months. She had her fair share of problems due to the accident, but instead of letting go I wanted to fix what was wrong and learn while doing it.

Mods started light, aimed more at cosmetic (leather interior) than speed. After reading of Gatecrasher's TT conversion back in 2000 I knew that I wanted to go forced induction at some point.

After I got interested in AutoXing I started moding the suspension and brakes. Makes a world of difference. These FWD cars actually start to handle decently after some work. It was not until the beginning of 2006 that I started researching and slowly buying parts for forced induction. Anyone who hasn't already can read of my on going and crazy experience with my quest for more power; http://www.3si.org/forum/showthread.php?t=351127 fair warning. It may talk you out of TTing your N/A.

Though even with all my issues, I love my car and appreciate the time and money I've invested. If I had to do it all over again, there is no doubt that a 3S would still be in my driveway.