2009 Ride of the Year 3000GT/Stealth International 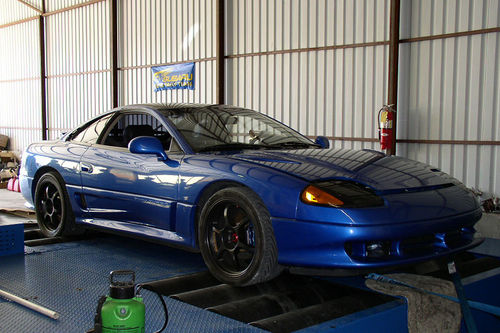 Since we last visited i have added an IPS EVO3 16g Kit w/MHI turbos, Koyo 2" aluminum (teflon coated) radiator, twin 12" Flex-A-Lite fans and painted the hood to match the car.

I am the 3rd and final owner (unless i give her to my son) of this beautiful automobile. I have been the proud owner since March, 2002. In December 2005 i fried the #1 piston on the stock motor with 136,500 on the clock. She now has 151,500 miles on her. The block was bored .020 over and Ross pistons/rings were used with a 9:1 compression ratio. I also put Clevite 77 rod/main bearings in her. The stock rods & crank were used after being checked to make sure they were within spec. From the time i started tearing her down till the time i was finished was about 64 days. The total spent on the rebuild was around $2400 and about $750 of that was the machine shop bill.

Since we last visited i have added a FMIC, E-Manage Ultimate in Speed Density and a Victory hood. All work except for tire balancing, front end alignments and engine machine work was performed by me in my garage. The paint is original (except drivers side quarter panel) from the factory and will be 17 years old this October. This car is 1 of 169 that are exactly identical from the factory for the 1992 model year.

She's a little dirty in the pictures but you get the idea. 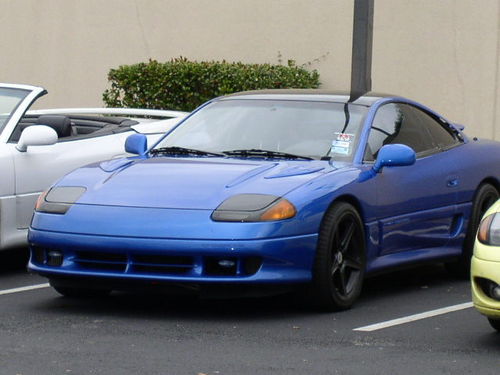 I have been the proud owner of this fine automobile since March, 2002. I am the third and last owner of this car. I just recently (7/25/2006) got finished rebuilding the engine. I fried the #1 piston on the stock motor with 136,500 on the clock. She now has Clevite 77 bearings on the mains and rods. She has Ross 9:1 racing pistons and rings and she is a little more grown up being bored .020 over. I reused the stock rods, crank and heads after making sure they were within spec.

Currently, I am the 3rd owner. I purchased her on March 4th, 2002 with 86,316 miles on her odometer. Back then she was totally stock, now she is a rolling work in progress. She has plenty of go but her main function is for SHOW.

The color on this car is just amazing !! She turns many heads wherever she goes. The paint is all original except for the drivers quarter panel. It was re-painted in '93 after the original owner was tapped by a lady while sitting at a stop sign. Atleast that's what I was told had happened.

Now, as far as the engine is concerned. I have spent countless hours under the hood making it look as it does today. Sad thing is I am not finished yet.

The mod list -- (right) is a current list of mods. I am sure there are a few things I forgot to list. All mods were performed by me in my garage.