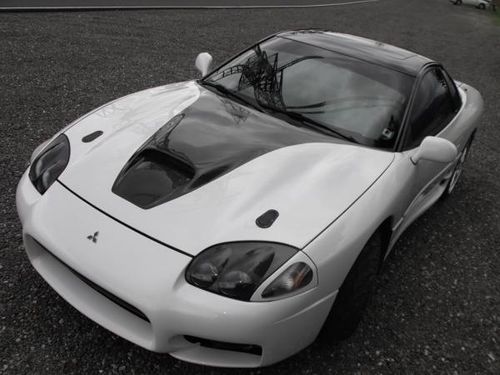 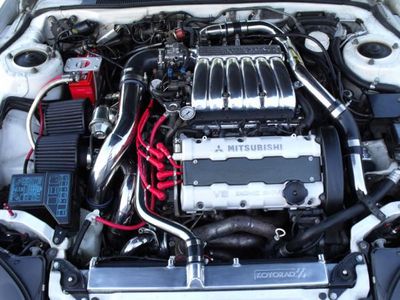 My story goes back to 1994 when I was only 12 years old. My Dad went to the Dodge Dealership in Coos Bay OR. to test drive a Stealth r/t turbo. My Dad was well known in the community for buying new cars every year. So when my Dad want to test drive a car the Dealership would always give him the keys overnight. So the first thing we did was go down to the local 1/4 mile road (an old street that as always empty outside of town). When he gave her all she got I was hooked. I fell in love with that car so fast and so hard it changed the way I will look at cars forever! The next day when he took the Stealth back I was begging him to buy it. He told me that he needed a 4 door. I was crushed. She was my first love and I had to say good bye. But I swore that one day I would own one.

Fast forward I was 22 and lived in Portland OR. now, and my older brother bought a Brand new 2004 WRX. I thought that his car was pretty cool and I needed something to to keep up with him and I started looking for a 3000gt or stealth. I couldn't find one in my price range so I started saving all my tips from work. Well a short time later I found myself in love with something else and had got engaged. Dec. 31 2004 and I was married and Broke again. Six months later and I had the itch to go fast again. This time was a bit different because A friend was selling his 2001 Yamaha R6 for $3,000 only because he was getting a divorce and needed it gone ASAP. I had took the deal right a couple months before I moved to Phoenix AZ for school.

In Phoenix I rode her almost every day short of a year. It was Christmas vacation and I flew up to Portland for the holidays. My brother was getting a divorce now and keep both the WRX and his Frontier so he let me drive his WRX while I was in town. After the my trip I want an AWD turbo again, and with a few recent close encounters with some asshole drivers I was a little scared of riding my bike in Phoenix traffic. I'd decided to sell my R6 and my 93 Isuzu Trooper and buy a car. Here was my chance to buy my childhood dream.

Now that I was getting my dream car I wasn't going to sell myself short. After doing some research I knew what I wanted. My requirements was to be a 1997 pearl white vr4, with less than a 100,000 miles and had to be less than 12,000 so I could get a loan from my credit union. It took me less than 2 weeks to find one with about 85,000 mile on it for $13,000 in Scottsdale AZ. I went to look at it with my wife that night. When we pulled I was in love all over again. It was in excellent condition. After the test drive I knew it had everything I wanted. When I talking with the seller I found out that his wife inherited the car from her brother who dies of a heart attack in Florida, and that I would be the 3rd owner. At that point it I needed to get them to come down on the price so that I could finance my dream. With a little haggling I got the seller to come down to $11,500. So the next day I went and got the loan and made the deal on Jan. 11 2006 the day before my birthday. I couldn't ask for better present to myself. It had taken me almost 12 years to get my car and it was worth it.