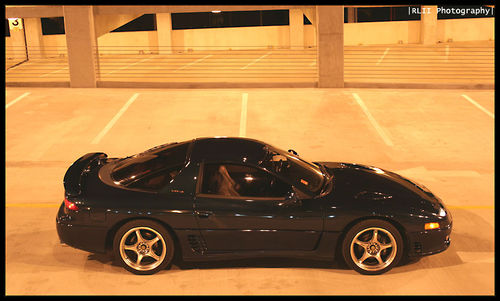 I'm the owner of a 92 VR-4 with 86k on the clock that I purchased in the beginning of August 2005. I consider myself very lucky to have found such a solid stock car that had been pretty well taken care with 75k miles; I was able to buy it immediately after going to see and test drive it. It was the very first VR-4 that I considered looking at it and that same day I drove it home. The memory still gives me butterflies. I am the third owner and I rock it as my daily driver.

Then being new to 3si, and really having no background on cars let alone this platform, I relied on the advice I found on this forum as well as the guidance from my boyfriend, VR4Rob. The car has only thrown one small fit since I bought it; blowing a little hole in the clutch line a few months after purchase. Other than that, she stays happy.

I have to admit, a VR-4 was not originally my dream car. A third gen corvette stingray will always make me weak in the knees but since taking on this lifestyle and meeting the friends I've made and learning something new every day, this car has become my dream car and I couldn't imagine a day withoutit!

I hope to be able to do a lot more in the next year as far as power and performance mods go but I woudn't be where I am now if it wasn't for VR4Rob and all that he does including the photography. Also, a huge thank you to David Ford who is my great mechanic and a great friend and also love to GA3S!