In Sept 2007, about 20' into a hard launch I heard a loud bang under my '91 Stealth. The car would still move under its own power, but would slip with too much throttle. I learned later that the weak 18-spine output shaft between the tranny and xfer case had broken. Torque could no longer be sent to rear wheels. The car could move because the VCU (viscous coupling unit) was sending torque to the front wheels. Too much throttle though, and it would slip. Note: do NOT drive your car in these conditions. I was lucky and did not burn up the VCU, but easily could have.

After quick research it appeared that I had three options:

I decided on #3 and set about more researching to see if I could do it myself.

My first step was to check out the shop manual to see how everything worked, 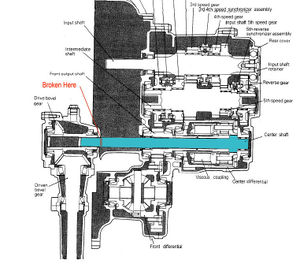 I was convinced after reading all this (seeing that the tranny would have to be opened up), that this was a job for professionals only, but then found a 3SI thread by AbsurdParadox:

AbsurdParadox's tips, with some EDITS and photos: 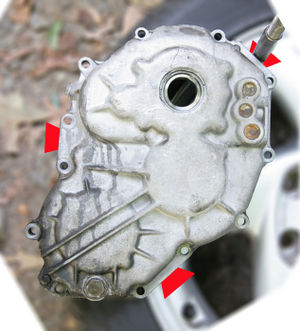 Fig.4 Lugs/Webs to pull on 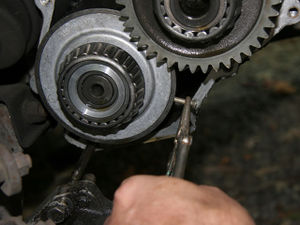 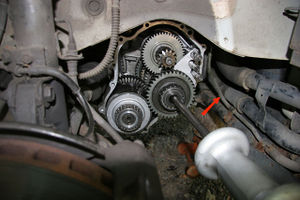 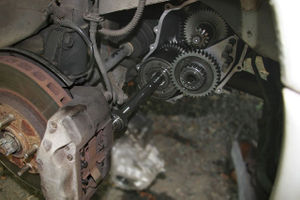 EDIT Torque values which may be of interest:

EDIT Recommended reading is a post by Bret Brinkmann, with warnings, and some tips. http://www.3si.org/forum/showpost.php?p=3837722&postcount=33 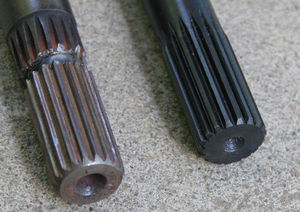 The spines on the old shaft were heavily worn as can be seen in Fig.9 . . . Unfortunately, the mating piece in the transfer case had equally worn splines, so had to be replaced. I did that myself, but could not have done it without a BIG press. It took a lot of force to remove the gear from the spool/coupler.