This is a short guide for resealing a 5 speed transfer case. The 6 speed is similar. Before starting this guide I recommend reading the full manual for resealing the case and all of its variations are located at the end of the transmission service manual. It can be found here:

This is a general guide that shows real pictures instead of the "cartoon" diagrams. As always do the work at your own risk and it's generally a good habit to check the oil level on every oil change. 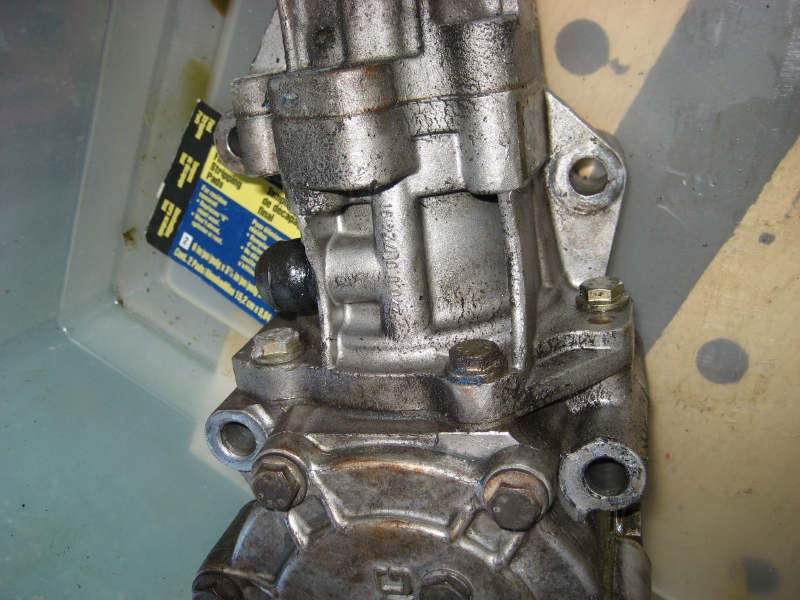 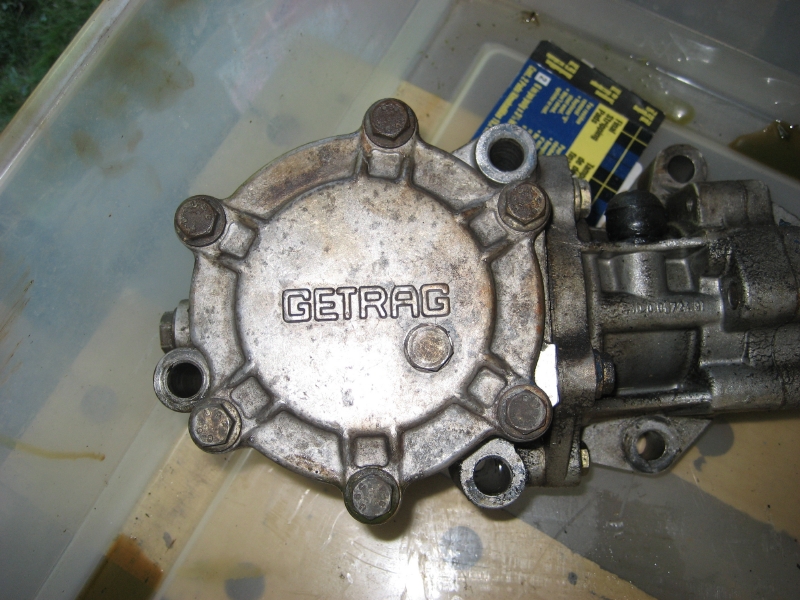 The reseal kit, complete with 5 speed and 6 speed seals. 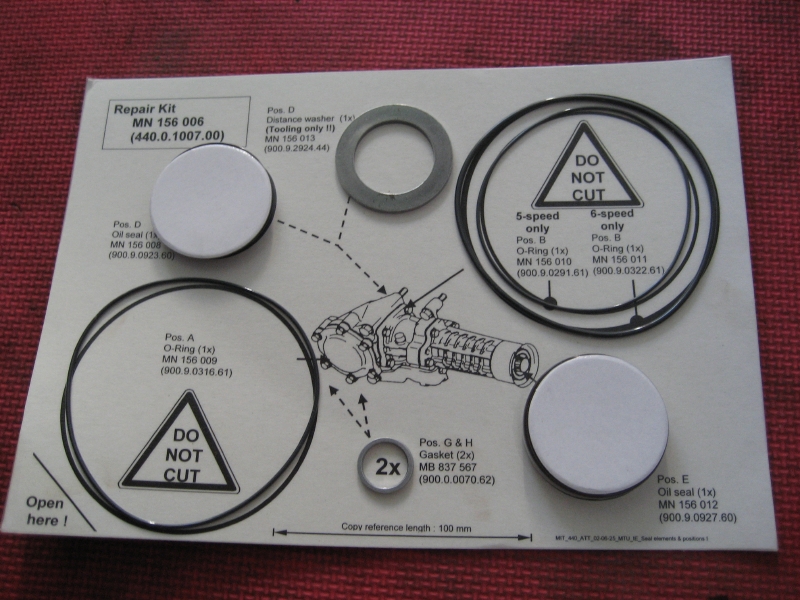 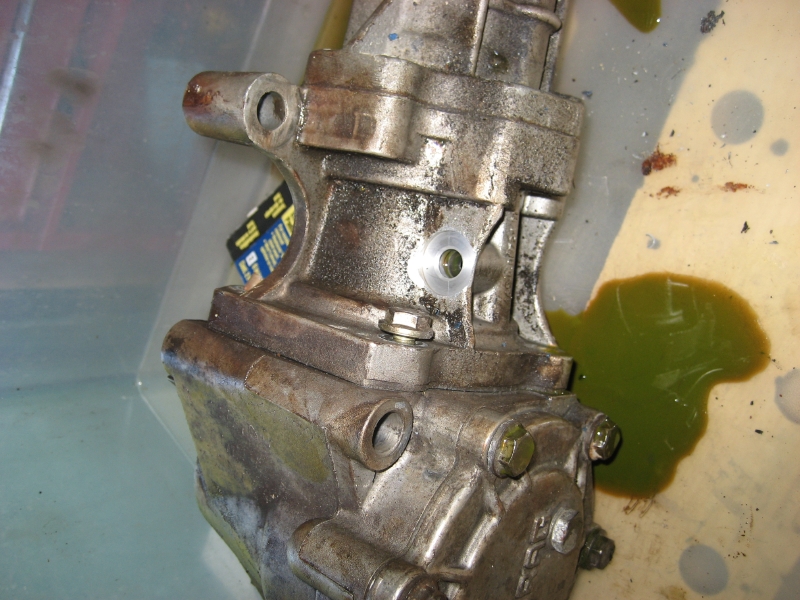 Now unbolt the 6 bolts on the cover. Do not remove the center bolt on the 5 speed cover. Then tap the cover on a bolt boss to spin it. 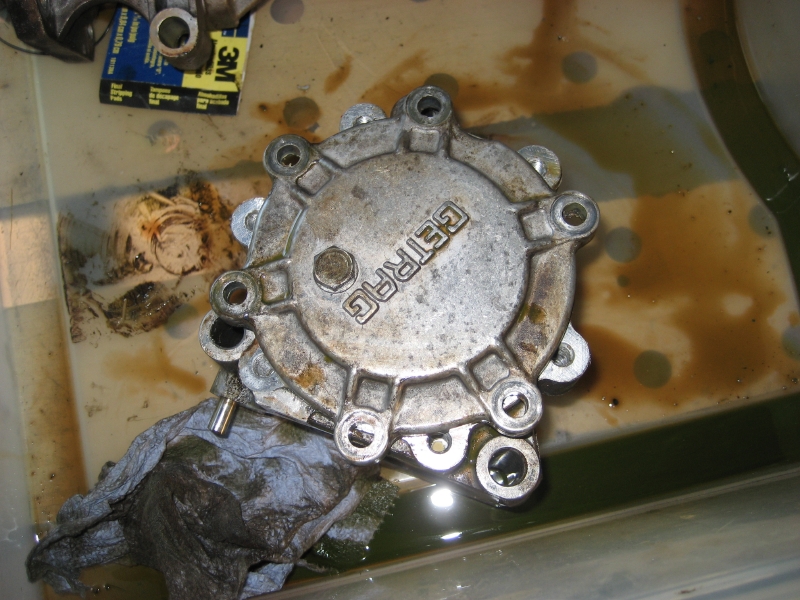 Once spun, put the gear housing on its side and tap the cover off. Be careful as the spool will then be free. 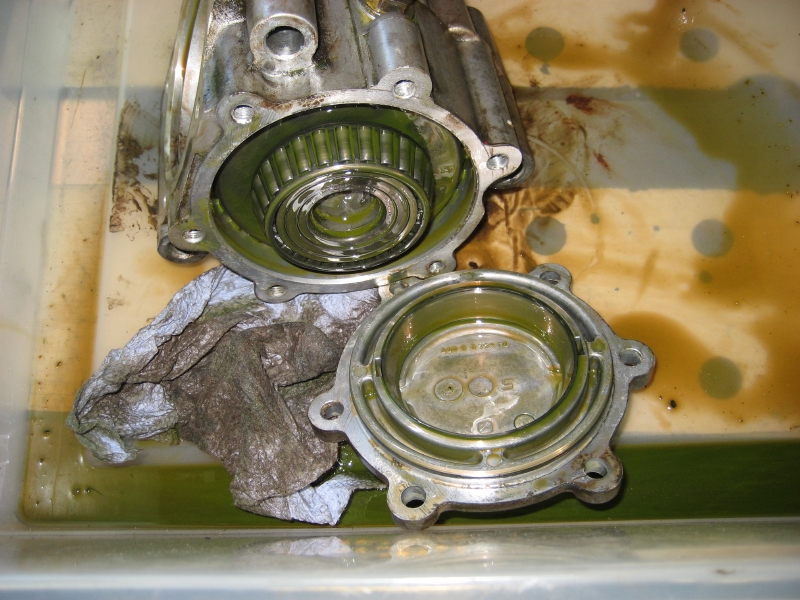 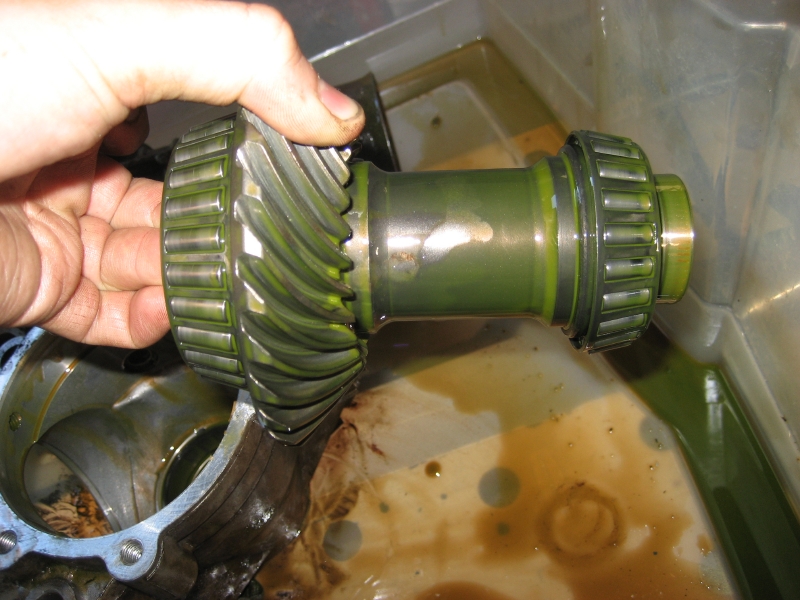 Using a brass drift and plastic hammer tap out the input shaft seal. 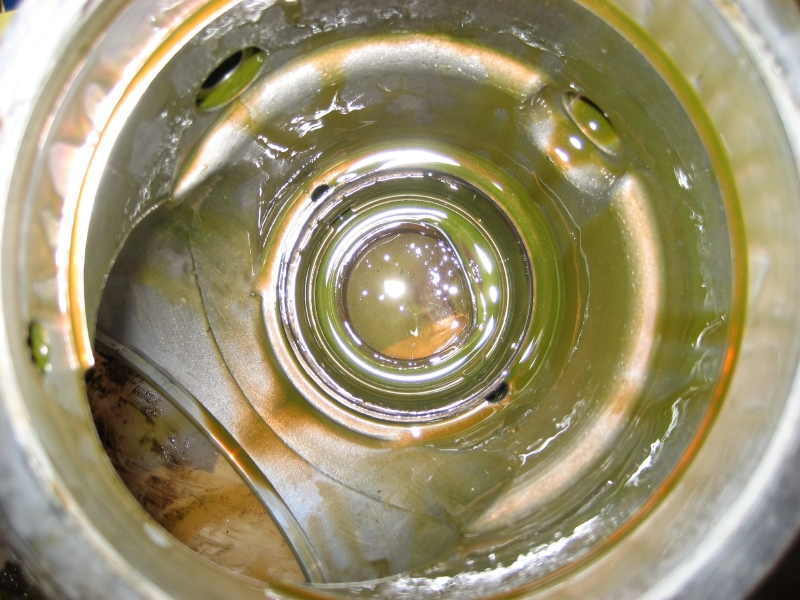 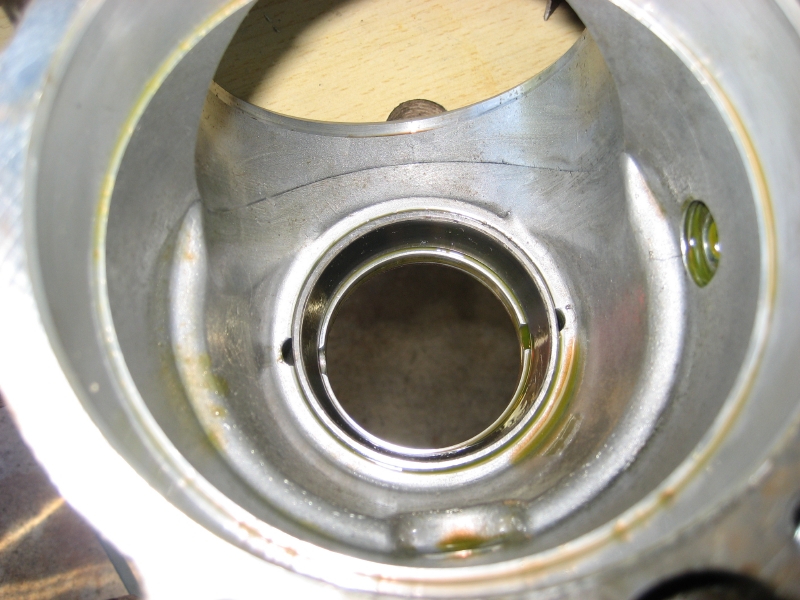 6pseed Use a 36mm socket to press the seal until it touches the seat. 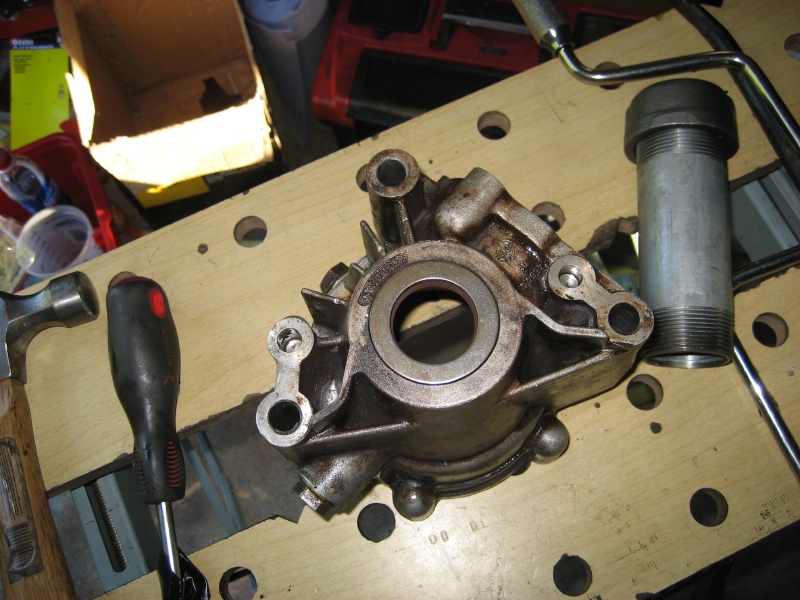 Remove the oring on the housing cover. (some cases may not have the oring). Lube the cover with gear lube and reinstall the oring, make sure it's not twisted. If there is no oring groove do not install one. 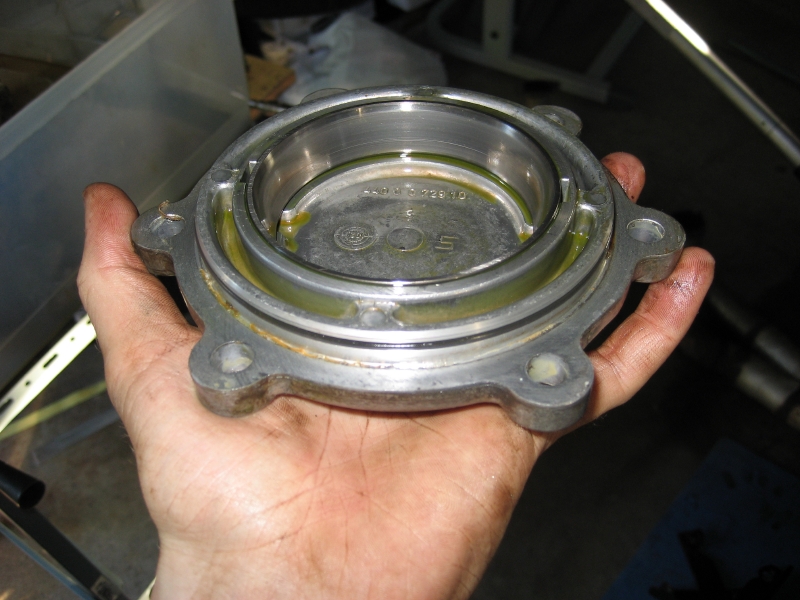 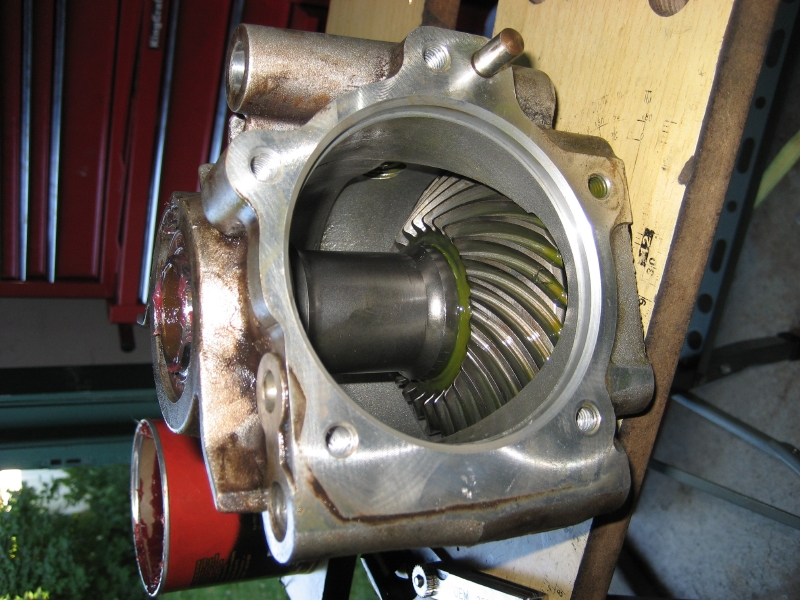 Put a bead of sealant on the gear housing to cover flange. Looping all the way around the bolt holes. Then loosely install the cover, use two bolts to align the holes and then tap the cover down. Put some lock and seal on the bolts and torque down to 220in lbs.

On the 6 speed only put a bead of sealant on the gear housing adapter housing flange(gear housing side). Loop around the bolt holes.

Apply lock and seal sealant to the bolts and torque to 220 in lbs. On the 6 speed one bolt is longer that goes in the position with the raised boss.

Any questions feel free to contact 'Toni' on 3si.