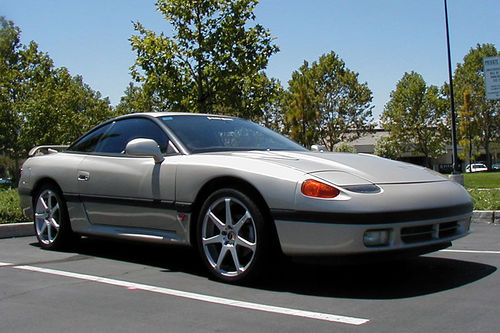 My name is Teddy Souza (3SI#0523) I am a 26 year old Computer Engineer for Providian Financial in California. I have been an active 3SI member since 1999 when I purchased my Stealth ES. I bought my Stealth ES in the summer of '1999' from my best friend also a 3si member and now TT owner. He bought the car new and sold it to me for $11K with 46K miles on it. It has never given me any hard aches and every performance part was added for pleasure and not necessity. The car was repainted the same color Sandstone metallic in winter of 2000 and is flawless. This car makes daily commutes of 50 miles and is the perfect commuter's dream. The stereo system is the masterpiece of my car. I compete in DB drag racing and am currently a 150db member. The car puts out a tested 3700 watts and is loud. All the installation was done by myself and the leatherwork was done by Rolling Sounds of Stockton, Ca Teddy