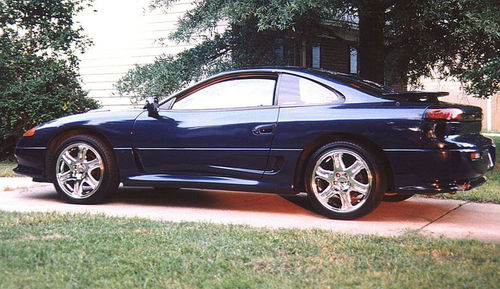 The car is a 1993 Dodge Stealth R/T I bought back in 1996 with only 14k miles on it. I've since traveled over 100,000 miles in it, visited tons of gatherings, and done thousands of hours of work to the car. From one of the most extensive stereo installations in a 3S with several unique features to performance and aesthetic modifications, I am all the while trying to maintain the "high-class" appeal that the car naturally carries, while making it an even more fun car to drive. I still get that ear-to-ear grin when I drive my car. I keep telling myself I should upgrade to a Twin Turbo or VR-4, but I just have too much fun driving this one, and I have WAY too much of my time, money, and blood invested in this perpetually-unfinished masterpiece :-) Coming soon to a gathering near you....