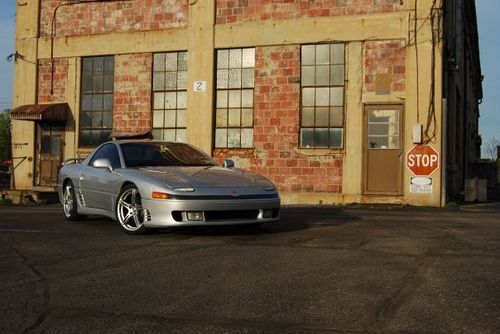 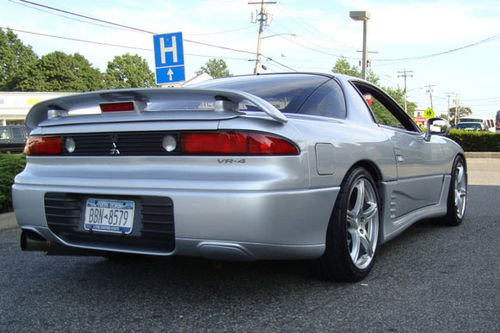 Ive owned my VR4 for a few years now, before that I had my 94 SL, and it's safe to say im addicted to these things. Ive attend 3 national gatherings, 5 east coast gatherings, and countless others, I just cant seem to get enough of these things. After the sale of my SL, I had every intention on jumping ship to a different platform(FD RX7), but the moment I laid eyes on this silver 1st gen VR4, I was sold. As cheesy as it sounds, I just do not ever see myself getting rid of this car, I just cant justify it. There is nothing out there that can replicate its timeless styling, performance, and overall feel for near the price, its mine forever. Im reaching the end of what I had planned for the car, from here on out I believe it will just be maintaining and enjoying it, autocrossing, and just driving as much as possible. Im sure once I'm out of school, with a real job, Ill move onto a different setup, but thats a long way off.

Currently the car is away for the winter, and im installing the 15Gs(currently off at Blouch for a little attention), PTE 550's, and a walbro fuel pump, spring cant come soon enough. Im not really setting any particular goals for the car, im just looking for a strong street car, that holds boost to redline(making 3rd actually fun), and being that I autocross rather frequently, it seems to be a perfect choice for me.

Well my love for 3/S's started well before i was legal to drive. I knew i had to have one by the time i turned 17, so i started working at a young age. Saving as much money as possible. Well the dream came true in july 04 when i bought a red 94 SL. The paint was faded, but i didnt care. I spent an entire week compounding the entire car, and it paid off, it shined like new! I made a promise i would never let it get faded/gross again. I'm known for keeping my cars extremely clean, i wouldn't have it any other way. Well time passed, and i spent ALOT of money on my SL, more than some people should, and without dropping some serious money, i had reached the end of the modding for that car. I knew it was time to sell it and move onto a new toy. Well it was the hardest thing i have even done to date, but i sold the SL. I was honestly in a state of depression for a good month, and then i found it, a MINT 92 Silver VR4. I loved it, rare color, absolutely stunning condition, i had to have it. It was hard adjusting to a new car, but its been a fantastic experience so far, even though i have run into some minor issues with the car, I'm used to it by now, so I didn't effect my feelings on the car. I have been slowly modding it since i bought it, with plans of road racing finally this year, i havent really focused on turbos and fuel,more suspension and small power upgrades. Although i do plan on some small upgrades in the turbo/fuel department in the near future.(Nothing crazy, i dont need TD05 power)I tried leaving the platform in favor of an FD RX7 after the sale of my SL, but my love for these cars drew me right back in, and i couldn't be happier. -Matt