Photographing Your 3000GT or Stealth

I will attempt to give you an easy to understand short essay on how to take decent automotive photographs. I'll try and point out the things I've learned by trail and error as well as give example pictures when I can.

For reference sake, I'll list some of the equipment I use. This does not mean that you need this stuff to take good photos of cars, or even photos better then what I take. It will just give you an idea of what would help you take better photos.

When shooting static cars, the most important things are lighting and location.

For the best lighting, shoot from just before sun rise until about 0800 on a clear day. After that and the light starts to get to harsh. That can be difficult do to the low light levels on the non let side of the car. Make sure you use a tripod. I’ve started using one for all of my car shots now, regardless of shutter speeds. I also like to shoot the last 2 hours before sunset. This time of day is greatly helped if there are some scattered clouds to hide the sun. This makes for a bright soft light source.

These first two images are taken after 8am in the morning and you can start to see the harsh glares from the direct sun light. 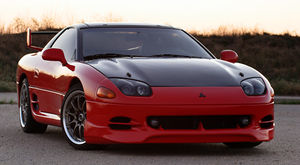 Sfaust gave me some great advice regarding this. He said to think of the car as a 3D mirror. Look at the car and decide where you want the highlights to be. You then need to place your light source, what ever it is, so that it hits that spot on the car and bounces back toward you. Keep in mind that your highlights will show what is being reflected. This works best with ¾ views of the car. I always do a walk around of the car once it is parked to see how the highlights change as my location around the car does. I’m pretty good at setting the cars up for my shot with the right angle now. If you find an angle you want to shoot, but the light is not as good as from a different view, reposition the car! It only take a minute and makes a lot of difference.

Once you have a good day to shoot on, you need to find a good location. Industrial areas work really well for car shoots. I like them better then shots in a pretty landscape location. Ideally, you will want a place that is covered (over pass or bridge). This will keep the sun from directly hitting the car and giving harsh glares It also darkens the surrounding area and lets the car reflect the brighter areas beyond. A location with a dark background is also very good as the car really stands out in front of it. For the most part you want to avoid locations with lots of trees that will show up in the reflections. They tend to not look as nice as large smooth, unbroken reflections. You can still get good shots in tree locations, it's just more work to make it look good.

I use a circular polarizer filter 90% of the time. I tend to take 3 photos when I find a good angle. The first is at near maximum polarization, the second is at near minimum polarization. The last shot is some were in between. With this one I’m normally looking to get highlights in some of the smaller areas or areas that are not facing the light source. This will allow you to blend them in PhotoShop later if you like. Some times I take another shot at maximum polarization, but I have found I almost never use them.

Another filter I find very handing and use it more and more, is the graduated natural density filter (ND02). I use a Cokin mount so that I can control when and where the graduation starts. This is useful for bright skies or bright foreground grounds to keep the tonal range with in your camera’s range of reproduction. 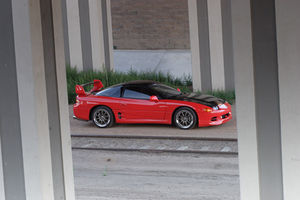 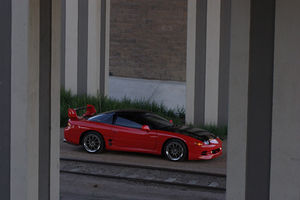 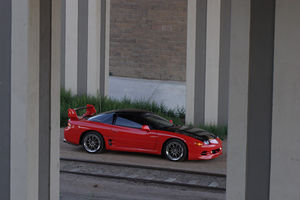 Look for what makes this car unique form other cars and shot those as detail shots. They will not be as nice or popular as the full view car shots, but with out them you don’t really get the feel of the car.

Also, when you are taking photos of the car, make sure to take several of the same angle with and with out the wheels turned. I’ve found it best to turn the wheels so that the one closest to the camera is facing you a little. For close up wheel shots, I tend to under expose them just a little. This helps darken the wheel well area which never looks good in a photo. This can be done in Photoshop, but I think the under exposing also helps with the looks of the wheel. 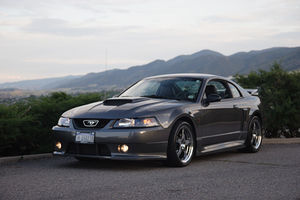 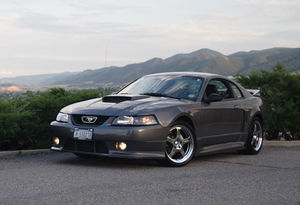 One last thing to mention, try to shoot the car from slightly lower height. We see cars every day looking down on them form eye level. Get down on their level and you will get more dramatic shots. That being said, don’t for get to get up high and shoot down on them as well!!

I hope this has been helpful for some of you out there that are thinking about doing some car shoots. The photos I used in this write up have very little to no editing done to them in Photoshop. I left them as close to natural as I could and still show what I wanted to get a cross with the image.

I'll be adding write ups on shooting cars in motion and at night in parts 2 and 3. Look for them in a few weeks.