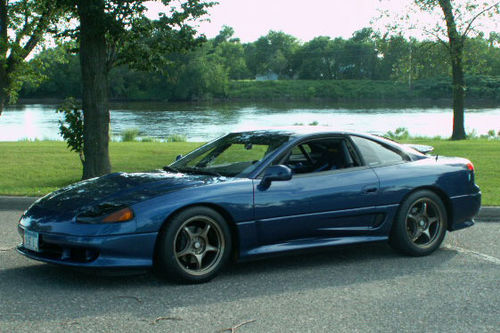 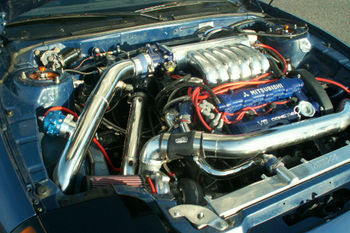 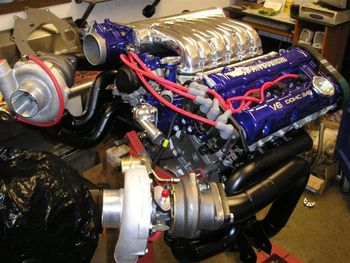 "Down but NEVER out"

This car began life in 1993. It was first owned by an Italian Dentist living in Canada. In 1996 the 2nd owner purchased it and in 2000 moved to Kansas City, KS. The hotel manager pampered it until March of 2003 when it was listed on AutoTrader. Within 24 hours of being listed, I purchased it. That next weekend I drove to Kansas City, KS to obtain my blue beauty. This Canadian Dark Orchid Pearl 1993 Dodge Stealth RT/TT started life as 1 of 151 in this color combo. I believe it was 1 of 3 available in Canada with factory chrome rims and no-sunroof (with black leather).

The stealth first hit the track in August of 2003. With 89k on the vehicle, the numbers obtained on that 95 degree day were nothing short of phenomenal. The vehicle had a MBC set at 14psi, a K&N filter with Stillen Adapter, Stillen Rotors, SS brake lines, Metal matrix pads, ngk plugs and plug wires, and a Blitz turbo timer/boost gauge. The vehicle managed a [email protected] with 89k on the stock: engine, body, clutch, trans, etc. I was hooked as to how fast this car was with very little for power mods.

Do to a failing business the stealth was parted out in 2004. The 20+page part out thread had the car stripped down to nearly nothing.

In 2005 the car was rebuilt again into the above mods list. The vehicle went a best of [email protected] on 92 octane and [email protected] on C-16, all while retaining 3780lb race weight. This included the a/c, stereo, and most creature comforts. The car put down 620awhp and 700awhp on the 60 shot of nitrous (intake temps with the side mount intercoolers were extremely hot). Pump gas times were approx 480awhp, C-16 power levels 620awhp..Late 2005 saw a switch to a FMIC intercooler (from the prototype LSE sidemount kit) and that yielded 720awhp before lifting the heads off the block, even with ARP fasteners holding it down. Early 2006 saw the 76mm single setup, but with the head lift not being fixed the car only ran for 1 day.

Update...LSE Performance closed spring of 2008 and this project was never completed. It was sold in pieces to a member on 3si and I hope to see it resurrected someday with the new owner.

Do you want to build one like this? Learn here!