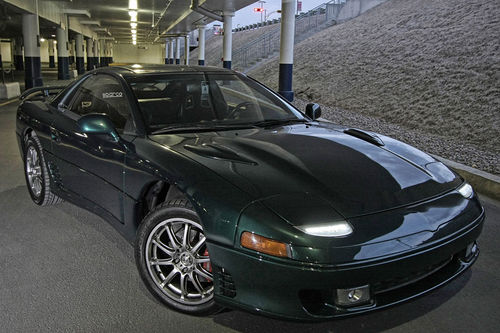 When i first got my license at 17 I really did not know much about cars until my freind took me in his b16a2 swapped 89 civic. I know what you guys are thinking oh no! a Honda, aha but for a guy who drove a mercury mystique this thing was fast! It was after that car ride that i decided it was time for me to get into the car world as that speed and acceleration from that one car ride drove me to wanting more. I searched desperately for a car that would sexy, sporty, and just plain old fun on eBay. At first my friends tried getting me in the Honda world by encouraging a prelude swapped k20a2 project that i was on the ball of considering and almost bought a prelude twice from eBay. I was working in my dads machine shop when he called my name on intercom to come to his office, as i entered he said i just found a car you might like that would be a nice project. When i glanced over his shoulder and took a look i instantly fell in lover with the car even when it had a damaged front end. The buy it now price was 1,800 American dollars and i didn't hesitate for one minute and snatched her. After it was purchased it remained in the states for half a year during the hard crucial winter so that the car would reach 15 years of age which would allow us to take longer then 30 days to fix the car once over the border. After 2 years of money well spent and not well spent i have finally got her on the road at around 330hp and one nice new paint job. There is not one day taht goes by that i regret pressing that buy it now button because up here in Quebec people think this is a 50 thousand dollar car ;)