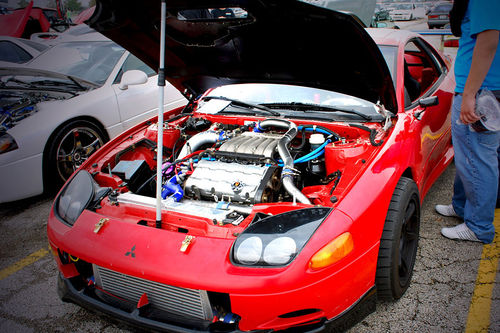 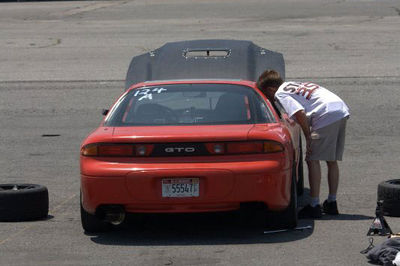 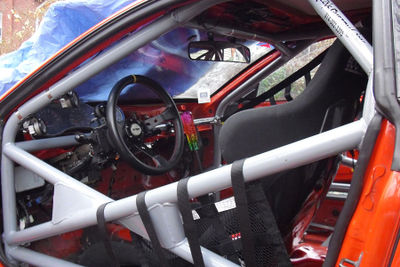 I get in pretty easily for a fat guy

I originally knew DaveSlow from high school and we worked together his and some other guys' cars when we'd come home for break during college. Shortly after graduating he told me about a great deal from this guy on the board, RoVR4. If you went to the early NG's up to NG05, you might remember the license plate "GOPIGGO". It was the typical wife-wants-it gone thing. Within a week I picked up this well modded 15G car for just 8.5k, hell of a steal.

I started with stripping out the back seat because they were inaccessible because of the harnesses Ro had put in. At the time the radio didn't work because I didn't have the unlock code, so I bought a replacement head unit from ebay. When I got ripped off, I got pissed and decided that the car no longer deserved a radio and immediately ripped out the rear side panels. Perfectly logical, right? Well if those panels are missing, you might as well take out the head liner because my head rubs the roof when I have a helmet on... and so the strip out started in anger. It was the same way with the engine bay. The cruise control got stuck while the throttle was at WOT one time, and I decided then and there that it had to go. The list went on for quite a while after that.

As you can tell from my mod-list, I have a no-nonsense approach to how I wanted to build the car. My first few times out on the track after buying the car I managed to almost peg the temperature gauge to the top, which was pretty scary. I eventually scored a bunch of rare/custom parts from Wayne (Boostaddict). I'd say I have a bit of a paranoia about keeping the cooling/lube systems working in top condition, and the bumper cut is an important piece of that puzzle. At the last NG where it was 95-100 degrees out, on track my oil temperatures peaked around 220 degrees and water temperatures peaked around 200 degrees. Cruising around my oil/water temps rarely go above 175/160. Every mod on the car has been put there for a reason... usually.