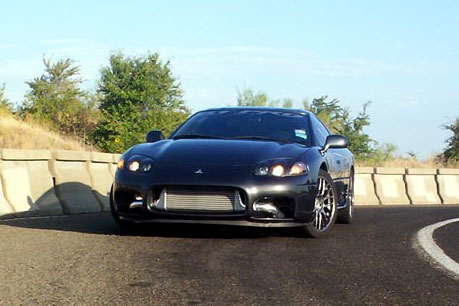 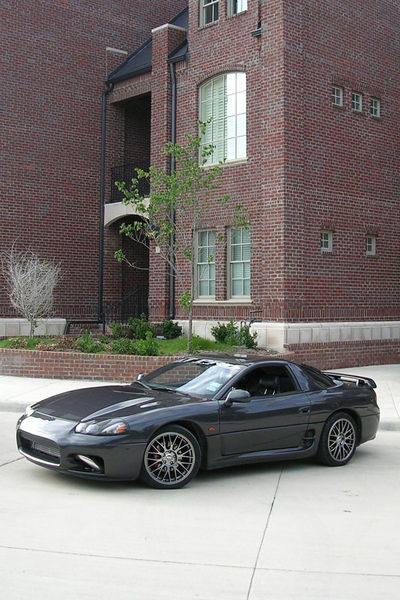 My 1992 Mitsubishi 3000GT VR-4 was Purchased October of 2002. I bought it from LA Motorcars whom deals mainly with RX7's and Supras. It had a rebuilt transmission, new tires, new brake pads, and the interior was in perfect condition. Paid about book price for the car with 84K Mi. Within that month my rear turbo failed, which was soon replaced, and a Blitz DSBC was added too. Christmas came around, In which I installed a a Downpipe, BOV, Intake, and Y pipe. Needless to say, the boost bug bit me and its STILL going strong.

The Haze has gone a best of 11.62 @ 122 MPH in the 1/4 mile. This was about 2 years ago, and since then ALOT of major changes were made. The car has gone the past 2 years on 15Gs, 550s(650's somewhere in there), and all the other supporting mods as well, but is recently undergone a major changes. It started with a Motorsports Sponsorship from GTPro Performance Tuning, Thanks Brian and Denis! Shortly after installing 368s, I encountered some issues with HKS VPC, Leading to blowing the engine, in which the car is currently being torn down. Currently plans are calling for a built engine, td05 manifolds, EvoIII Big 16Gs, Alot of nitrous. The future holds some very nasty plans for this car, and hopefully they are realized and completed before june of 2007.

Thank you to everyone who has helped me out on this project, I only hope that it is back up and running soon enough.