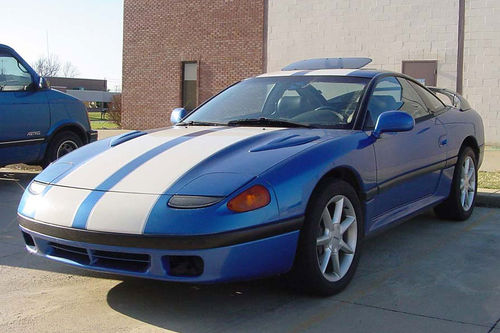 Message from the Community

In honor of all of his hard work and dedication, we've awarded Jeff's ESX the Ride of the Month Award.

I'll let Jeff's own words describe what he's done with this car.

After 9 long months, I finally have my car back It has actually been running for around 3 weeks, but I decided to hold off on announcing it to make sure the engine didn't grenade on me .

For anyone new to the board in the last 9 months, what we have here is a 1991 Stealth ES with a hybrid twin turbo engine. 1999 4-bolt short block assembly with 1992 heads and engine management system. I sent the heads out to GT Pro to be rebuilt (great work, by the way ) and bought a new OEM short block from Mitsu. I did all the assembly work and R&R work myself, with assistance from some friends.

I will be doing a full write up on the car and the integration process for the turbo engine, as well as the 2-bolt to 4-bolt block conversion. I let my April 8th date slip, but the end result will be good, I promise.

Some things I've noticed while I've been driving it: