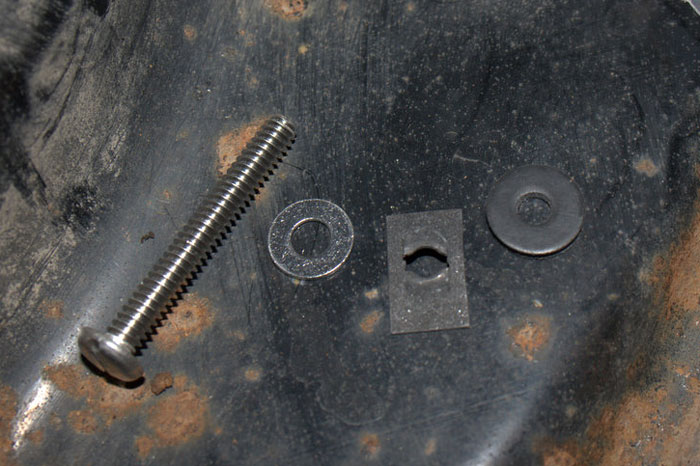 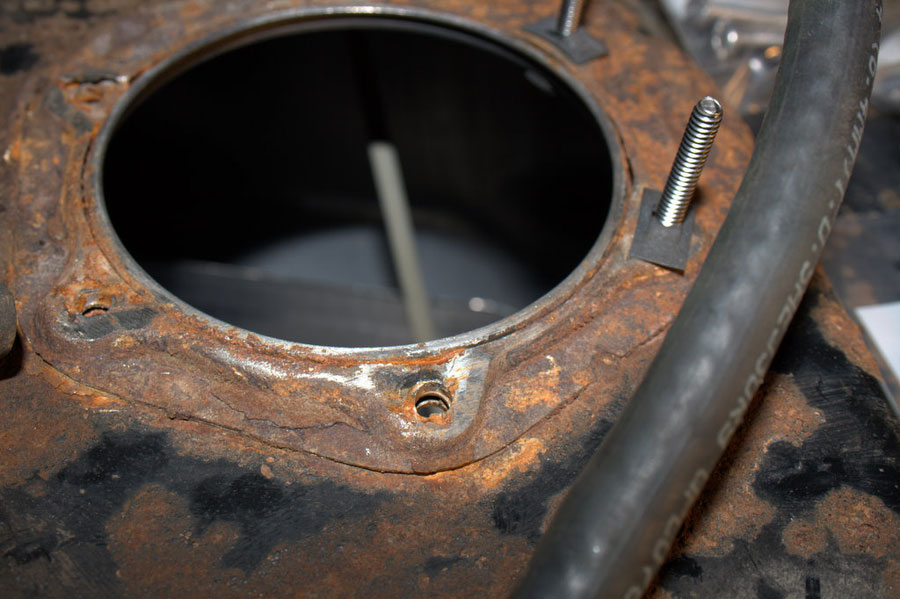 Having just performed this service for a customer, I found what to me is a simpler, more elegant solution for putting the studs in the tank. Instead of using all of the hardware listed above, I simply drilled out the stock studs, tapped the holes with a M6x1.0 tap and then used M6x1.0 35mm long bolts that I ran up from the inside of the tank. There is no need for the flat nut which in my opinion can cause leaks depending on the condition of the rubber gasket for the fuel pump assembly. In order to seal the bottom of the bolt inside the tank, we used the rubber washers used on EVO turbo drain bolts to the oil pan, part number MR497720. I like this method because you thread the bolts in from the inside of the tank and can then tighten them down. There is no play whatsoever and you can crank down the nuts to make sure you get a proper seal.

Now you're ready for the fuel pump assembly. But first let's look at how to convert it (and I apologize for not taking more pics through the entire process): 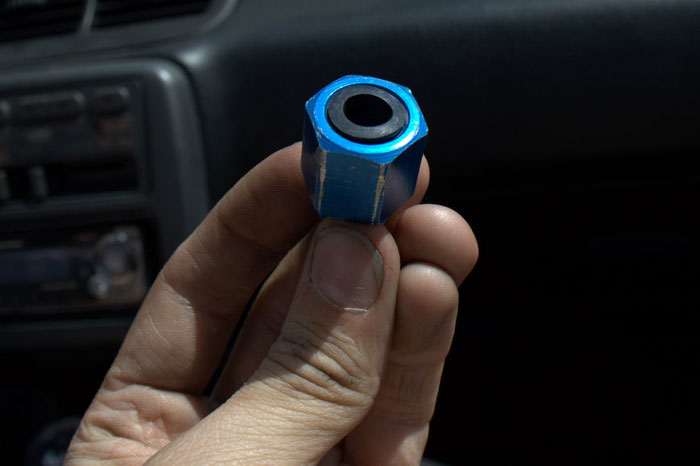 So, with the o-ring spacer thing-a-ma-bob inside the adapter, it went back on the car and should look like this: 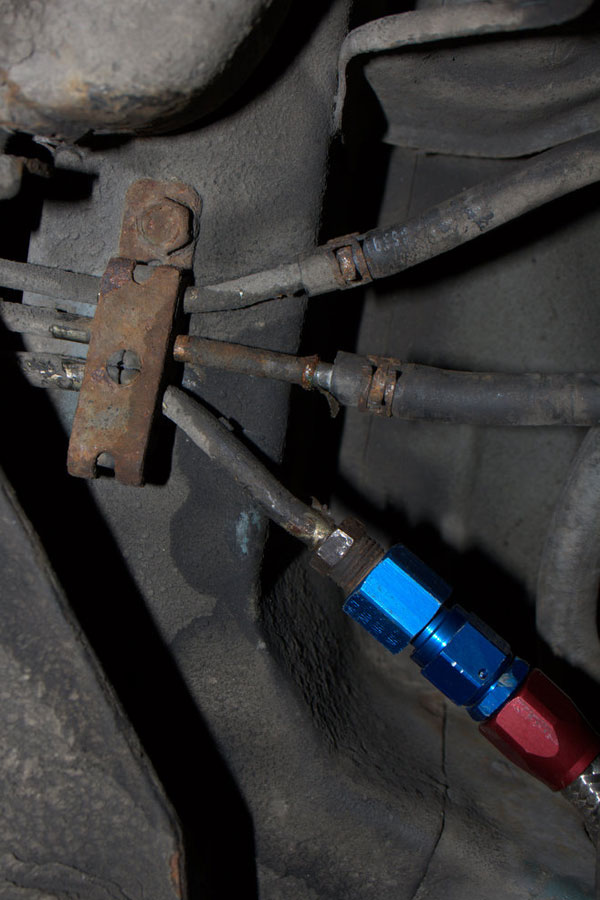 Alright that’s getting a little ahead of ourselves. First let’s put the fuel pump assembly back in the tank. Here’s what it should look like: 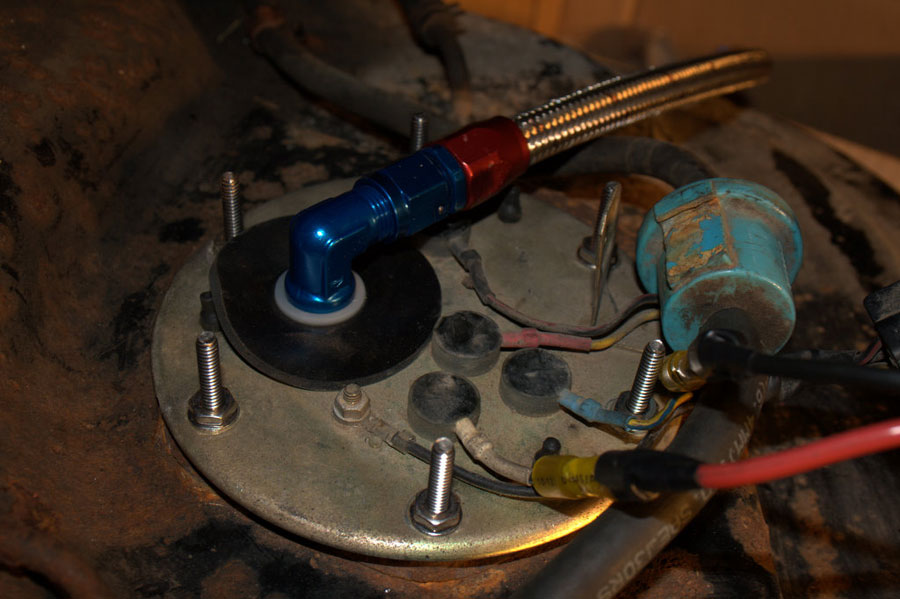 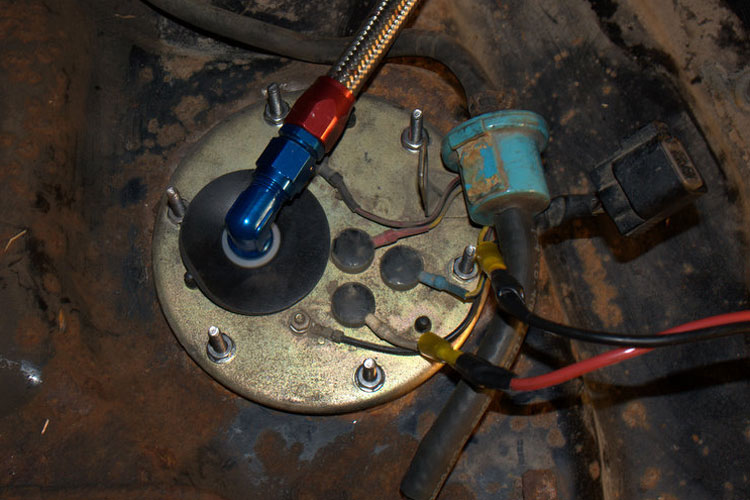 Now re-install the tank, tighten your lines (DO NOT USE TEFLON THREAD SEAL ANYWHERE, YOUR THREADS SHOULD ALL SEAL PROPERLY). AN threads are designed to not leak when tightened down - it's a tapered bore thread. However, you may get a leak from your M14x1.5 hardline fitting since it may be old and crusty. If you do, check out this stuff Permatex HP Thread Sealant - JEGS at the suggestion of "aaronatstate". 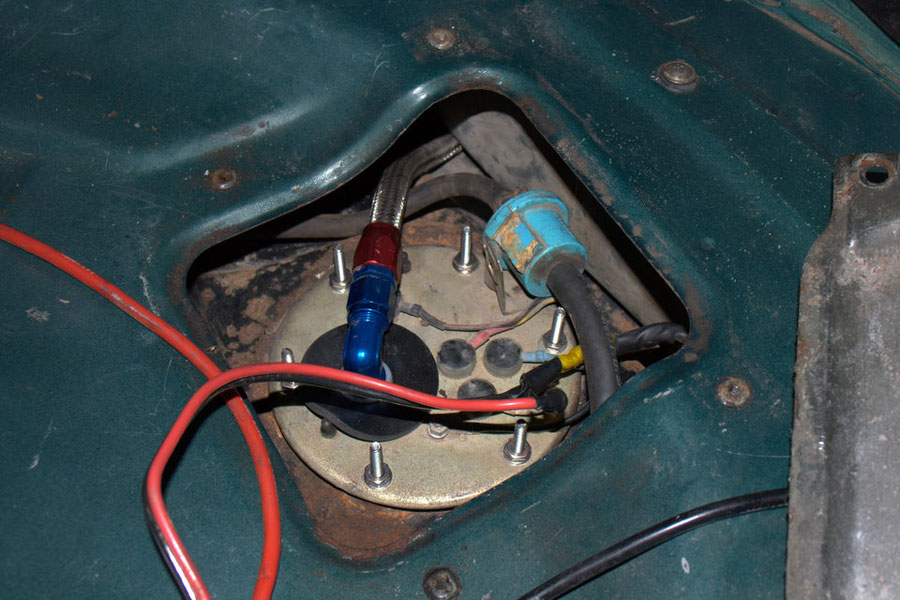 Now, you’re done. Fill the tank with some fuel, and start the car. Inspect all fittings for drips / sprays / or a wet look that wasn’t there before. Once everything is tightened down CONGRATS! You now have a bulletproof fuel pump assembly that won’t rust out or fail to seal.