I copied most of this information from SillyCat's thread. http://www.3si.org/forum/showthread.php?t=257555

The pics are pretty self explanatory. You will have to remove the Y-pipe and anything else in the way of the TB coming off of course.

I did this with the TB still partially attached by a couple large coolant hoses near the underside of the TB. I placed a towel underneath the TB to catch any parts that would otherwise fall into the engine bay. You can undo the coolant hoses and completely remove the TB out of the engine bay if you'd like.

Also Between pics 3 and 4 I removed the butterfly valve and shaft from the TB to get the old seals out. The seals may be a little stubborn to get out. I used a precision screwdriver(the ones for eyeglasses) and a rubber mallet to tap them out. Then just put the new #7 or #8 O-rings on and and reinstall everything the way that they came off. 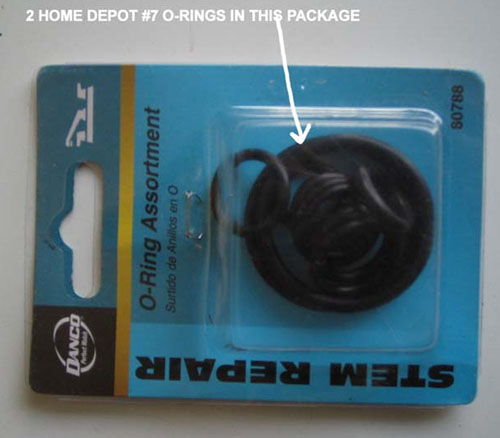 IMPORTANT NOTE: #7 Home Depot O-ring by itself may not seal the TB shaft tightly enough. The #7 O-Ring can be used together with the old stock seals, as in stuff the O-ring into the old metal seals, to get a better seal. Also the #8 O-rings from home depot were mentioned as a better replacement if you are just going to use O-rings alone to seal the TB shaft. 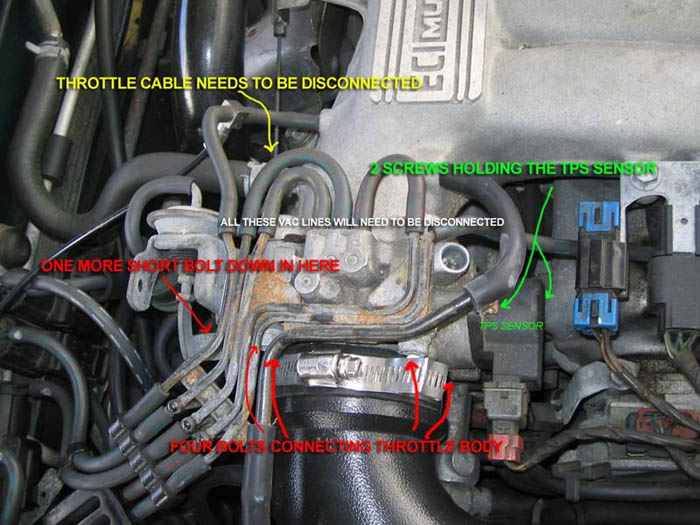 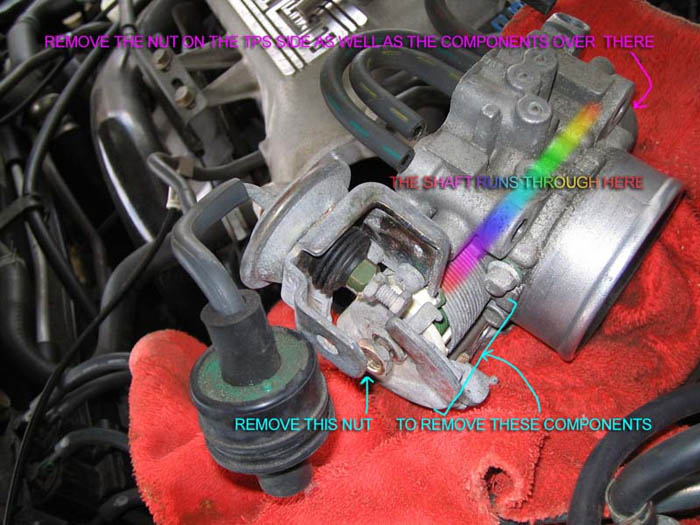 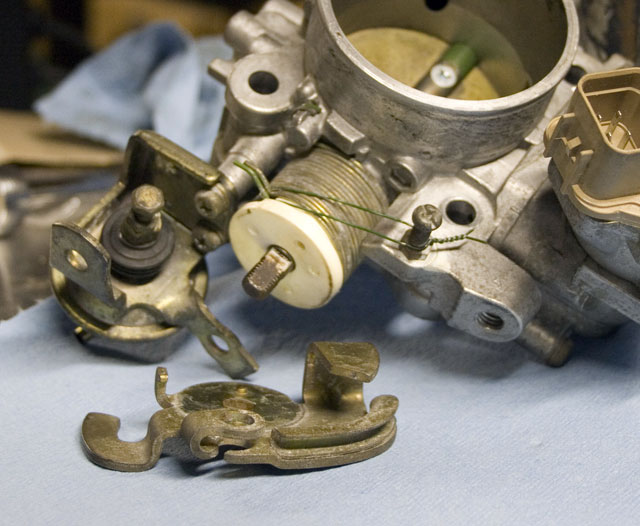 IMPORTANT NOTE: The screws holding the butterly valve together strip extremely easily. These are the screws in Picture #3. I nearly rounded out the screw before I went to Sears to get a 35 piece screwtip set. Nothing worked except the Philips size p1 tip. By the time I tried this tip there was almost nothing to grip onto on the screw yet it got the job done. So if you're having problems here go buy just a Philips p1 tip if you can. 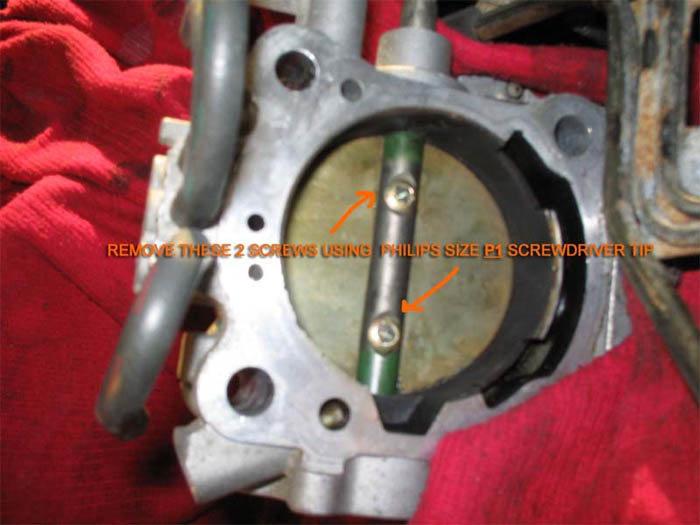 I found out why those screws are such a bitch to remove. The backs of them are hammered down (or crimped) from the factory. 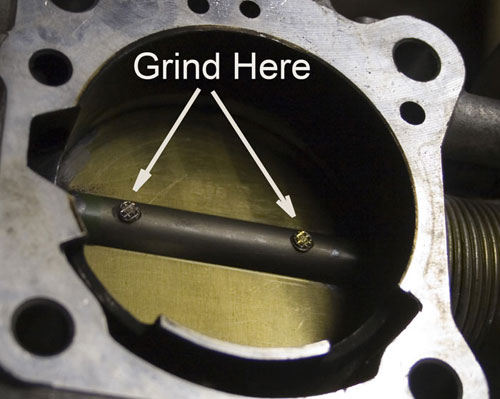 You need to grind the backs of the screws off.

After that treat them with a bit of penetrating oil, give both sides a rub-down using a soaked q-tip. Maybe even give a few light taps with the metal tip of the screwdriver.

I had one screw about 1/2 turn and the other one I stripped before I figured this out. I had to drill one and used a reverse bit on it to remove it.

Then when you re-install them (or use new ones), you should use loctite on the threads to be sure they don't fall out and get sucked into your engine. 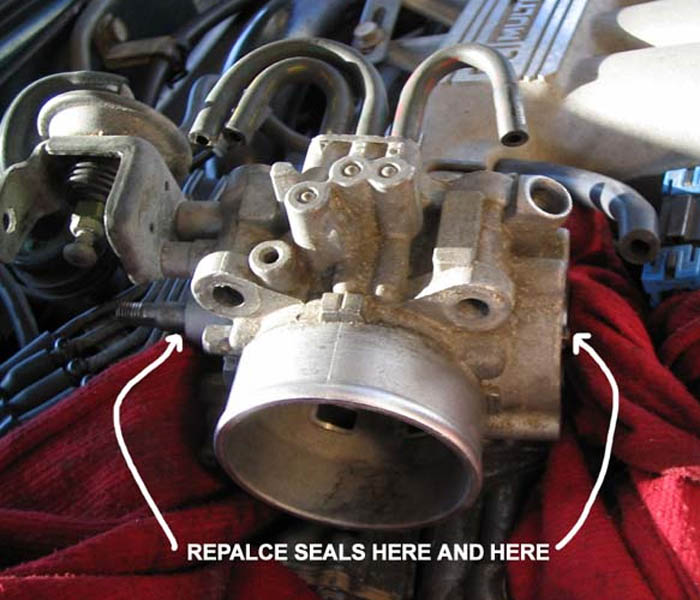 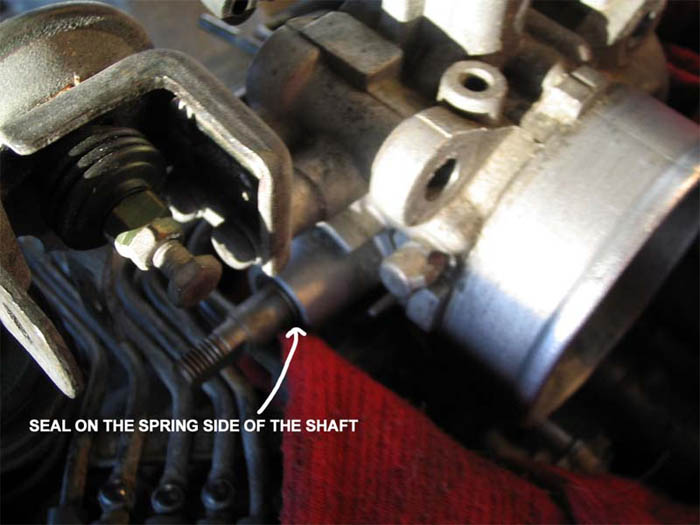 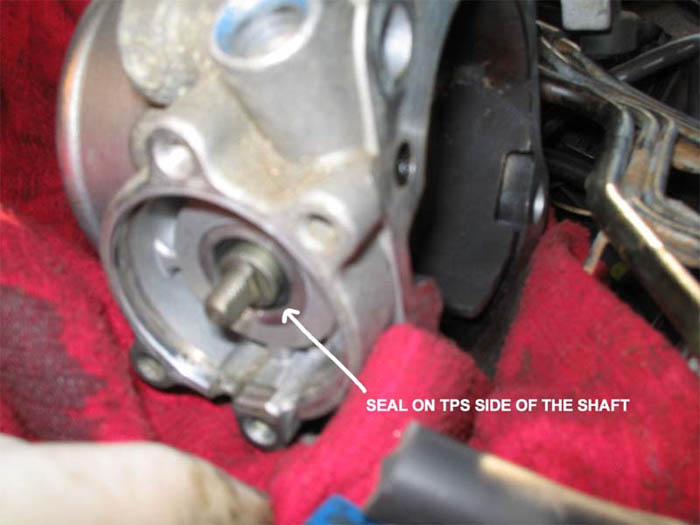 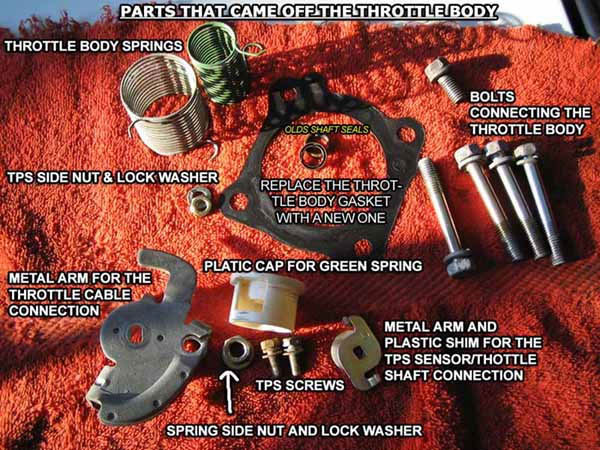