I apologize for the poor quality of some of the photos, but I was using a cheap camera since I knew I was going to get it dirty!

Remove inner door panel, I recommend that you read the page on how to do this on Jeff Lucius' site Here

Peel back the plastic cover about halfway, starting at the back of the door. At this point, you can look in and see the linkages that connect to the lock and outside door handle. 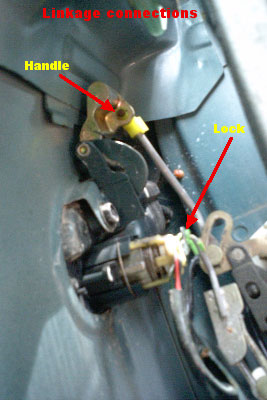 Remove the 2 (10mm) bolts that hold the handle on, 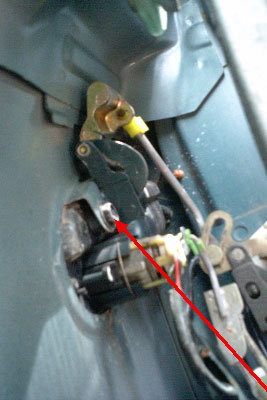 One inside the door 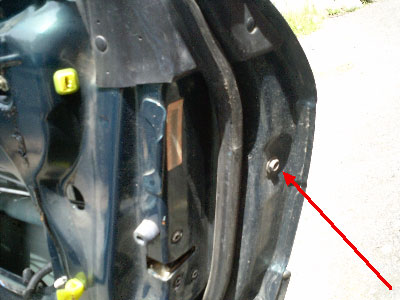 one on the "back" of the door above the latch.

With the handle loose, it is much easier to disconnect the linkages. First, rotate the small plastic connector on the lock rod so that it unclips from the rod, and the rod slides out. Second, reach inside and undo the larger plastic clip on the door handle. It "latches" in the back, and by unlatching it, the rod can slip out. You need to pull the clip toward the front of the car. Unlike the other clip the rod comes out of the clip in the same direction it comes out of the hole. If you cannot get it by hand, it can help to use a small, long, flat screw driver to unlatch it, by going in through the outside screw hole left open by the bolt you removed from the handle assembly. I've attached a picture of the plastic piece open, and outside of the door which will hopefully help you understand how it comes off, this step was a major PITA the first time I tried it.

Once these linkages are disconnected, it just takes some twisting and finagling to get the handle assembly out. It is easiest to lower the back end of the assembly downward, and then lift the handle as if to open the door, and then swing it out. Be patient, and watch your paint. On earlier models it may be necessary to remove the phillips screw that attaches a small white plastic bracket that holds a magnetic sensor before removing the handle. 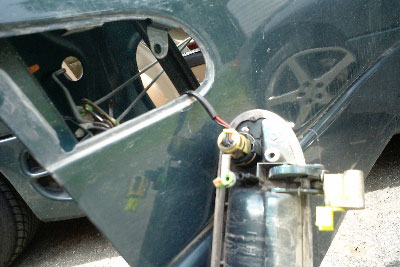 The lock is held to the handle assembly with a wire spring clip, which must be pulled out of slots on opposite sides of the lock. 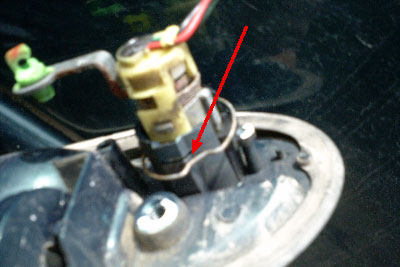 Next, carefully pry the rotary switch off of the end of the lock drum. 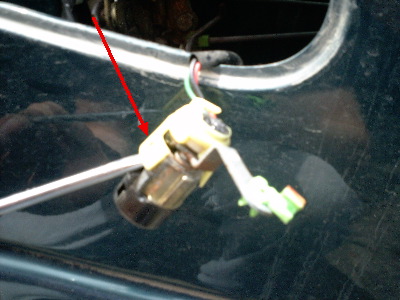 You will now have the lock drum in your hand, and you can bring it inside to be worked on. Now is a good time to note the orientation of the arm on the end of the tumbler. On the door locks, the hole in the drum faces downward, and the arm points towards the rear of the car. The passenger side drum is shown here: 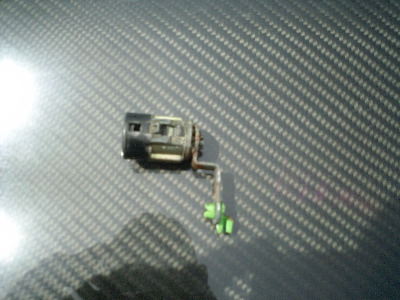 Next, remove the E-clip, the arm, and the centering spring. The arm is held on only by the E-clip; resist the temptation to unscrew the end, as the slot merely turns the rotary switch and is not a screw head! 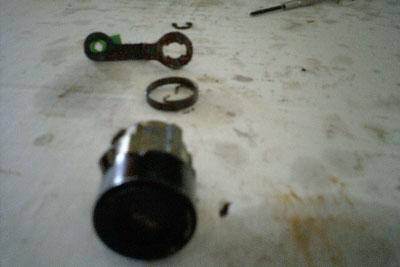 Working at the other end of the drum, you will find that the metal cap is held on by two detented points. you must pry these out straight enough that the cap slides off, I used a very small flat head screwdriver. 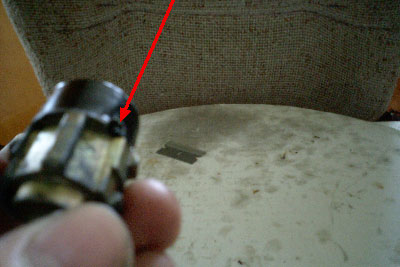 Under the cap you will find the little "trap door" that covers the key hole, and the cage that holds it on. While its NOT necessary to take these off, I removed them, just to check for corrosion, and to straighten out the cage. Be careful not to lose the two springs that drive the trap door. 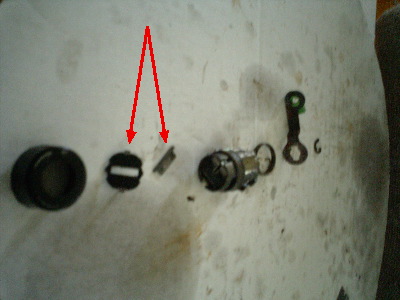 Now comes the first step towards actually getting the locks working. If the tumbler set moves in the drum, carefully pull it out, making sure that none of the tumbler tabs or springs fall out, which I doubt they will if the lock is frozen. On my drivers side lock, it came right out, on the passenger side, I had to drive it out, by beating on it with my screwdriver and pliers, after letting it soak in penetrating oil. 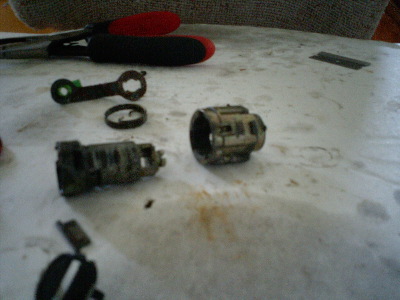 You will now begin removing and cleaning the tumbler tabs. This may require letting the tumbler set soak in penetrating oil a while longer. If you can move the tabs by pushing on the small end with your screwdriver, then you are ready to continue. 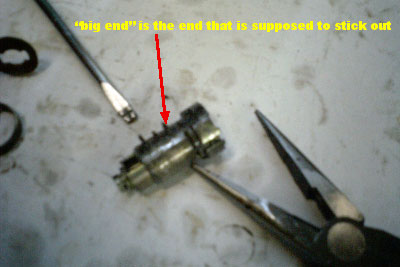 Remove the tumbler tabs one at a time by pushing on the small end with the screwdriver until enough is exposed that you can grab the big end with your pliers and pull it out without losing the spring. Once you have one of the tabs out, clean both sides and the edges with sandpaper or a razor-blade. Put each tab back before moving on! If the tabs do not move freely in their slots further cleaning is required. Also, make sure that the openings are not bent and pinching the tabs. 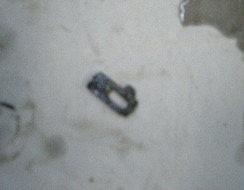 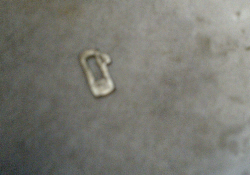 When each of the six to eight tabs is clean, oiled and placed back into the drum, put the key into the drum to see how the tabs line up. Not all of the tabs were totally flush on my set, so as a precaution, I put the tumbler set up to a bench mount 1" belt sander to smooth and flush the tabs, this can be done with sand paper or even a small file. 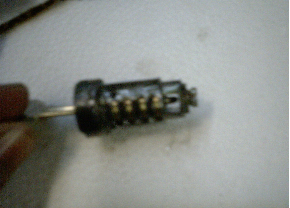 Now comes reassembly. You may find it necessary to clean out the inside of the tumbler barrel, so that the tumbler set turns freely inside it (with the key inserted of course). I coated the tumbler set in some synthetic grease before putting it back in the barrel to inhibit further corrosion. From here on out, its basically the reversal of steps 12 through 1. One thing to note however, the centering spring on my driver's side lock had worn into the tumbler set so significantly that it made it difficult to turn the key. To remedy this, i turned the spring "inside out" and reshaped the arms on either end of the spring so that it had a stronger, fresh purchase on the tumbler set. Lo and behold! It turns! 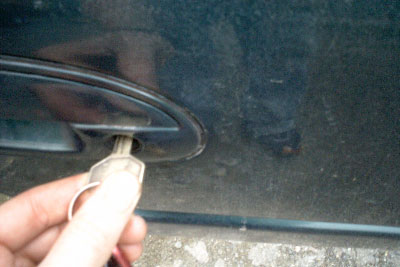 Uploaded by: Christian AKA Mr Wizard