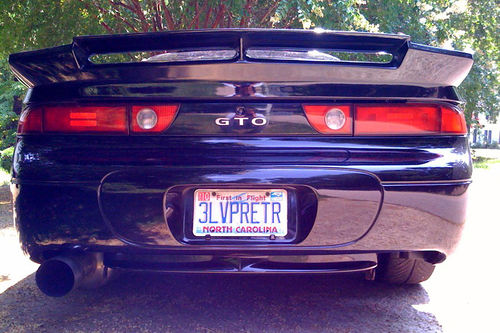 After having owned the original deathsled for some time the hankering came for some boost. My mother actually had purchased a pearl yellow 94 VR4 that I was extremely jealous of. Eventually I got tired of waiting for her to give it up so I set out for my own. My VR4 was originally from Georgia and was owned by an old school 3si member Hulk67(?). I actually saw this car get in an accident during what can only be described as an illegal street race a few years before it came into my possession. The car came to rest eventually in NC where I purchased it from 3SX. I drove it for a year with its previous set of mods until for some reason or another the engine gave out. For the past 3 years the car has slept in my garage as I slowly but surely replaced or modified almost every mechanical part of it. Only now has it awoken and come down off the jack stands, solely for the purpose of winning August 2008 ROTM and subsequently ROTY ;) 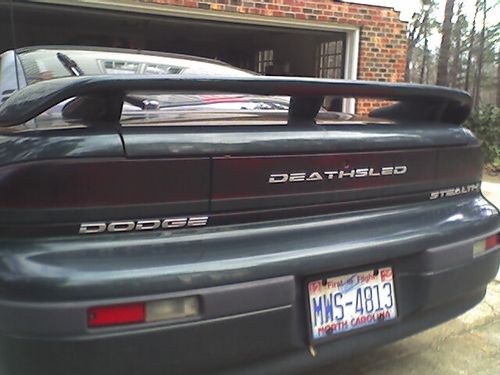 The deathsled and I were joined in the spring of '99. For years its SOHC motor has been like a best friend, enduring even the most punishing treatment from me with a willingness to forgive. Its modifications are few but tasteful. KYB shocks and Ground Control coilovers give the car a much more aggressive stance and increase road handling tremendously. The engine is outfitted with a K&N filter, Fidanza Flywheel, and Crane spark plug wires. The interior is treated to tan door panels from a 96 VR-4, custom brushed steel look plastic pieces, and green interior lights. The deathsled's external visual modifications are subtle. A 3000GT style spoiler adorns the back end along with the coveted "deathsled" emblem which has become near legend. The front end is topped off with the signature green snake eyes.