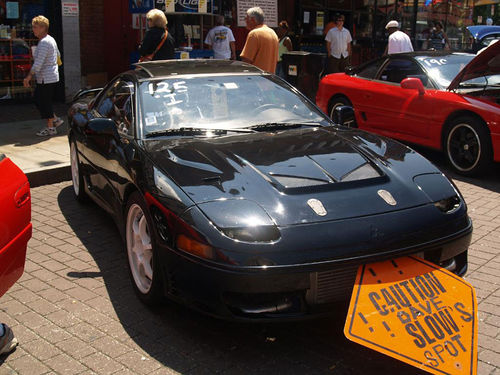 Back in highschool I used to think that there was never a need for a fast car as long as it looked good. I was always in belief that there was no need to go 100 on a public road. The first time I got a ride in a turbo supra all of that went out the window. I immediately began looking to see what turbo cars were out in the market. I came across the 3000GT and became fixated on buying one. I ended up find a great condition 1993 3000GT-VR4 with 62k on the clock. After I bought it I made another dumb statement: "This thing is fast enough, I won't need to mod it". I was wrong again and that's why the car is the way it is today and will continue to get faster. After a few years of daily driving the vehicle I discovered road racing and decided that it should no longer serve as a daily driver. The last picture is what a tire wall thought of my car at Road America while chasing down a mustang.