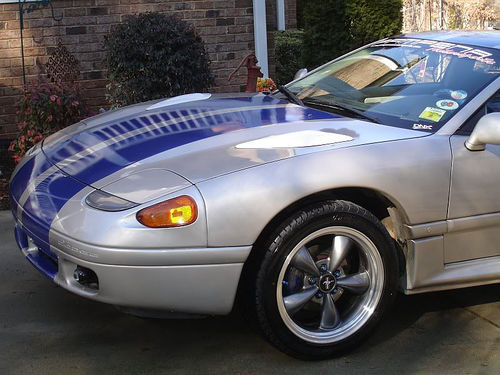 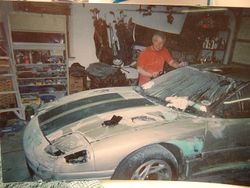 I've been around cars pretty much my whole life and ever since I've laid eyes on a Dodge Stealth I had to have one. I remember seeing my 1st one when I was 10yrs old going car shopping with my father. I've been hooked ever since.

I purchased this car in November of 2002 with 89,000 on the clock. But boy was it a basketcase. I have roughly 5 huge dents in it, stalled everytime I put it in reverse, leather seat had no leather left on them, radio didn't work etc etc. But I didn't care. I finally had my baby!

First came the paint work. I loved the look of the Wheat Beige but it just needed something to make the car pop. So after much time and paint colors I went with Viper GTS blue stripes. Next came the body pieces. I've always disliked the appearance of the ES rear so I sourced a 1992 3000gt bumper, tail lights and then a 99 rear garnish. To finish it off I got a 92 spoiler and let the fun begin. Since I now had the room for a dual exhaust me and my father welded one together and finished it off with a 3sx downpipe and DTM SS tips.

Now my car was mine, everything I wanted it to be.