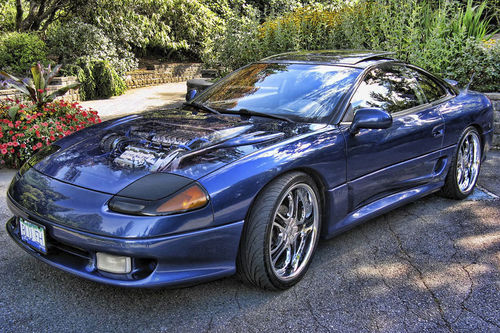 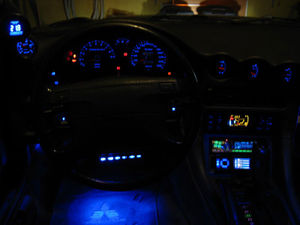 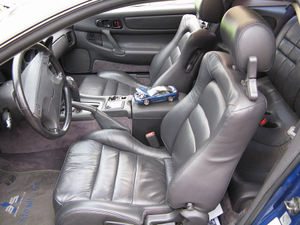 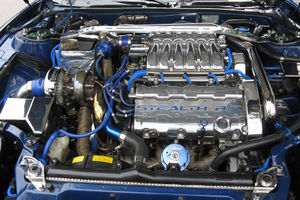 I purchased this car in 2002 from an elementary school teacher who really didn't know how to take care of it. I fell in love with it after the 1st test drive! It had 178,000km. It started out as a high-end used car for a daily driver. The first thing I had to do was get it painted. Paint was thrashed and sideskirt split... My cousin the ex-bodyshop mgr stripped it down sanded it, threw all the parts inside (bumpers and all) and took it to the paint shop for re-painting it stock/original orchid pearl blue. When it came out, I helped him put it all back together again. Thats when I learned how well built these bodies are! Took forever, but it was worth it. Paint still holds its own in car shows to this day.

I found the 3SI website shortly after, then the 'obsession' began..... I met other owners with beautiful cars, engine bays, etc. etc. and wanted a car like theirs. Started 'upgrading little things here and there.

Stereo Upgrade was next, even built my own sub box because being long distance daily driver I didn't want to lose my spare tire!

Then I learned how to polish Aluminum......then it snowballed... 'Hey! I can polish that too!' I kept saying. Local 3S owners started calling me Mr. Bling....

Show & Shine judges would walk by my car, look at the engine bay, realize how many hours it took to polish all those parts, and just shake their head.....then give me a trophy at the end of the day

Kept driving it 100Km to/from work every day, but eventually at 320,000km the head gasket finally gave up.

Our local guru/Stealth-God mechanic at GT Racing said 'Bob - if you wanna go Turbo, now is the time to do it'. Need a whole engine rebuild, so away we went! The Single-Turbo setup, including turbo, intake, headers, exhaust are all custom made (stainless steel) for this car. GT designed the whole thing. While it was in the shop (engineless) I found a set of Leather seats that a friend reconditioned and replaced all damage leather on. I installed them while it was in the garage being re-built.

The next winter I slowly converted the entire interior to Blue LED lighting. Patience is very necessary if anyone even thinks about being crazy enough to do this like I did....LOL