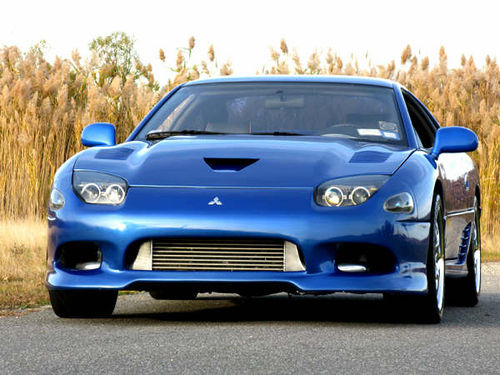 It began in 1990 at the Jacob Javits Auto Show when I first saw the VR4. I knew that someday I would own one. I was driving a 1984 Red Toyota Supra which was later stolen out of my driveway one evening in 1995. Now was my opportunity to go car shopping. While driving past a Mercedes Dealer I spotted a Fiji Blue VR4 with 10,000miles and the asking price was $20,500.00. The car was mine finally.

I kept it stock until May of 1999 when we went to our first ECG in Ocean City, MD. I won my first trophy for 2nd place best unmodified car. I met my friends from the 3SI group that weekend. That’s the weekend it all started, the madness of modification. I saw what some of the guy’s had in their cars and I had to have it as well.

I started modifying the car in June 1999 with Mike from Altered Atmosphere at his first shop. It started with an HKS boost controller, K&N filter and a blow off valve. Next trip I added turbos, ATR exhaust and a Greddy front mount intercooler. I continued on with more modifications with Mike until 2002. I met up with Ray Pampena in 2003 when he opened his shop locally in Ronkonkoma, NY. How convenient for me to have a body shop so close to my home. It was great. With Ray I built the motor that I have today. In 2003, Justin Lim started the 3SNY Chapter, which I now belong to. We have formed strong memberships as well as friendships. I want to say thank you to all that have helped me over the years.