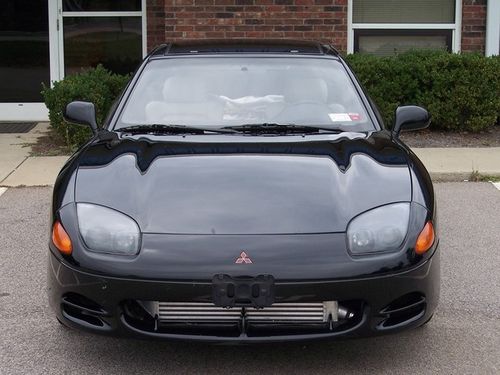 I bought my car back in 2003 for 13k from a dealer in New York. I was the second owner of the car and while it was well cared for it needed some love. Due to a small oil leak from the rear heads I decided to replace the seals and drive it till it died. Unfortunitly thats not how it happened. Once i had the heads off I decided to have the heads ported, Well since I was doing the heads I might as Well pull the block and have that checked out also. So I got the only person in this are that at the time knew anything about 3000GT's to do the work. A dealership. So I had my full engine ripped out and was about to start working on it when my mother became very sick. The 10K I had planned on investing in my car I gave to her to help pay her medical bills. And my car sat with no engine.

Fast forward 4 years. My wife and I were about to start construction on our house addition and we were talking about what we were going to do with the VR-4 since it still sat without an engine and the only way it would move is if I pushed it. So after many nights I made the decision that I would Just scrap it and be done with it. So knowing what the car meant to me and what the story with it was my wife talked her father into fronting the money for repairing the car and getting it back on the road. So I called around and got some quotes for 6 or 7 grand to put it back together. It was then that I feel he really welcomed me to the family when he asked me one night how long it would take to pay him back for the money and I gave him a time table and he said without batting an eye. Build the car like you want and do it right the first time. He didn't even wince when I handed him the bill for over $21,000 for the rebuild that I wanted. Even during the time that I have been paying off the car I have still been doing other upgrades and I am even working on going over to TD05 turbos by the end of this year.

My Wife and her family really made me believe in karma and what goes around comes around. I had to give up my dream on my car for my family. And it was my new family that gave me that dream back.

Video of My Car